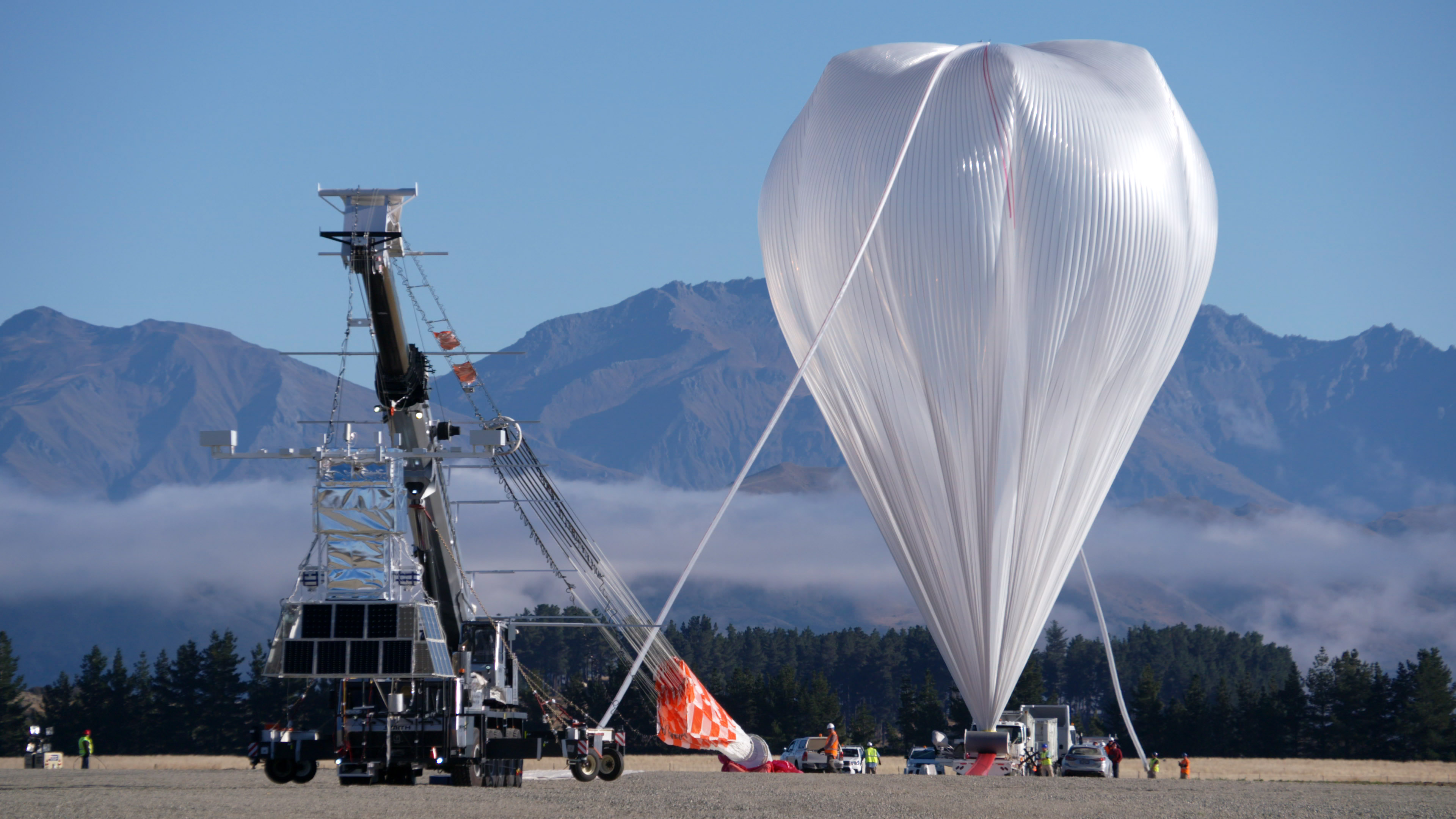 Planned for launch in 2022, the Extreme Universe Space Observatory on a Super Pressure Balloon (EUSO-SPB2) is a major step toward a planned mission to send a probe to space, building on the super pressure balloon mission – EUSO-SPB1 – that Wiencke coordinated earlier this year.

“The origin of the highest-energy particles in the universe is one of the greatest mysteries in astrophysics” said Wiencke, who serves as the deputy principal investigator for the five-university U.S. team. “This balloon mission brings a unique opportunity to explore new ways to measure two of the most elusive multi-messengers in astroparticle physics. Historically, advances in this field have been driven by advances in instrumentation used in innovative ways.”

The Earth is constantly bombarded by particles from space. Cosmic rays – mostly subatomic nuclei – and neutrinos are known to be produced by our own sun and from distant supernovae. However, other unknown cosmic phenomena are responsible for the particles impinging on the Earth at the highest energies. Neutrinos, the “ghost particles” of nature, are especially difficult to detect. Most of them traverse the Earth without interacting with matter a single time.

“There is much we don’t know about those two cosmic messengers,” Sarazin said. “We have studied high-energy cosmic rays with the Pierre Auger Observatory for more than 10 years now, and while we have shown conclusively that they come from outside our own galaxy, their origin still eludes us.”

Neutrinos are even more elusive, and only a handful of high-energy neutrinos have been detected. “With this balloon experiment and the future space probe, we will go after even higher-energy neutrinos, which are predicted to exist but have yet to be observed,” Sarazin said.

Taking measurements from space offers a much wider field of view to catch these rare particles. The Earth’s atmosphere makes these ghostly particles observable as faint flashes of light moving at ultra-high speeds. The balloon instrument will float at 20 miles in altitude, carrying a 3,000-pound payload of three specialized telescopes to be built by an international team. One system is built to capture the radiation from extremely energetic neutrinos coming from the Earth below; the other is a fluorescence camera, which picks up the trails of excited nitrogen nuclei as cosmic ray showers cross the atmosphere.

“This mission is much more than a follow-up to the flight we did earlier this year,” said Wiencke, who coordinated the 2017 mission. The 2017 NASA flight was terminated early in the mission after the balloon developed a leak and sank into the Pacific Ocean.

“That was a tough night for everyone,” Wiencke said. “We learned a lot from that mission and so did our students who participated in the instrument preflight, preflight testing and operation. This new mission and the astrophysics we will tackle are very exciting. The team and facilities at Mines will be critical.”

Like the 2017 mission, the 2022 mission will also launch from New Zealand, so that the balloon can catch a ride on a cold “river” of high thin air that circles the bottom part of the globe. The researchers hope the balloon will make several trips around the Antarctic over the course of 100 days or more.

The flight will provide proof of concept for the planned Probe Of Extreme Multi-Messenger Astrophysics (POEMMA), a pair of orbiting satellites with the same capabilities but much greater sensitivity. A team of scientists, including the Mines team, and NASA engineers are designing the POEMMA mission for consideration by the 2020 Astronomy and Astrophysics Survey, a National Academy of Sciences-led scientific prioritization for the decade.

Faculty
Physics
Research
Space
About Mines
Colorado School of Mines is a public research university focused on science and engineering, where students and faculty together address the great challenges society faces today - particularly those related to the Earth, energy and the environment.