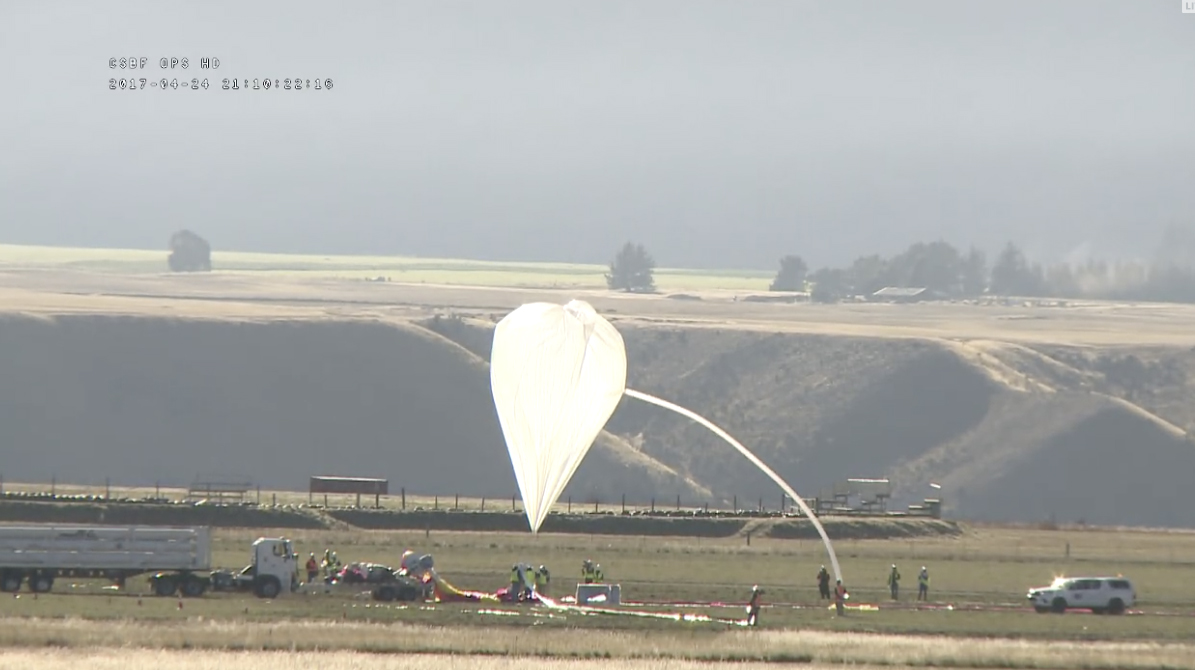 The Extreme Universe Space Observatory Super Pressure Balloon will fly at 110,000 feet, and is designed to travel for up to 100 days. Researchers hope to gain insight into the origins of the highest-energy subatomic particles known to exist in the universe, and how they traveled to Earth.

Mines Physics Professor Lawrence Wiencke, co-project leader, oversaw a team of students and faculty in assembling the gondola as well as integrating the instrumentation to allow the transmission of data. The observatory underwent testing at NASA’s scientific balloon facility in Palestine, Texas, last November and was shipped to New Zealand in December. The observatory passed its final tests March 23; several previous launch attempts were aborted due to unfavorable weather.

“Amazing,” Wiencke said about the successful launch. “The 1,000-foot flight train was released smoothly from the ‘pin’ on the end of the launch crane and the entire 10,000 pounds of balloon, parachute and EUSO-SPB payload rose nearly straight up.” The balloon reached 109,000 feet about three hours after launch—a critical milestone. “So the Extreme Universe Space Observatory on a Super Pressure Balloon has started what we hope will be a very long trip!” Wiencke said.

The observation of these cosmic rays is a challenge because of their rarity. At the highest energies, which are well beyond the capabilities of man-made particle accelerators, fewer than one cosmic ray enters Earth’s atmosphere per square kilometer per century.

“High-energy cosmic rays have never been observed this way from space, and space offers the biggest view of the atmosphere,” Wiencke said. “This NASA super pressure balloon mission into the stratosphere is a pioneering opportunity for us,” he added.

“Our instrument has just been launched on a global voyage. Our international collaboration is very excited about this launch and about the new data that will be collected along the way,” Wiencke said. “For us, this is also a big step toward space.”

“We know that these extremely energetic particles travel from faraway galaxies to reach the Earth,” said Angela Olinto, principal investigator and professor at the University of Chicago. “We need to observe a significantly larger number of these cosmic messengers to discover what their sources are and how particles interact at these energetic extremes.”

When such a cosmic ray reaches Earth, the interaction with nitrogen molecules in the atmosphere creates fluorescent light proportional to the energy of the particle.

“The leadership role of the Mines Physics Department’s subatomic group is absolutely critical to this mission.” said Wiencke, who also served as the project manager. “Coordinating the activities of our international collaboration to meet the many milestones has been a rewarding challenge.” The observatory’s state-of-the-art telescope was designed with contributions from sixteen countries. 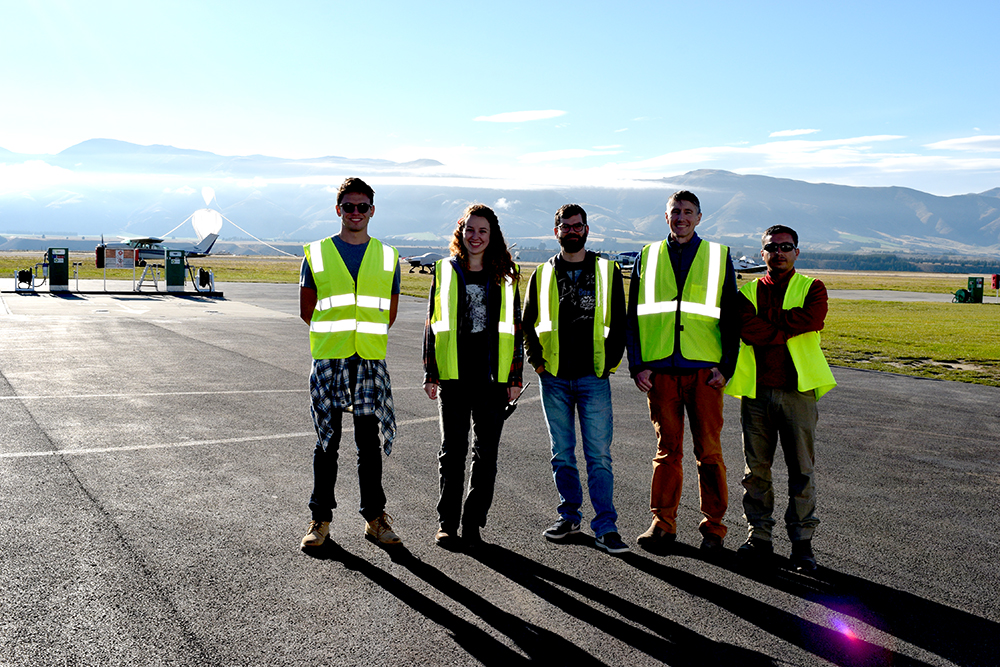 The Mines group led optics testing and successful field tests using lasers in the Utah. Wiencke, postdoctoral researcher Simon Bacholle, PhD student Johannes Eser and Gregg traveled to the Wanaka launch site in February to prepare the instrument for launch along with other members of the international collaboration.

In addition to observing and measuring cosmic rays entering the atmosphere, the instrument will also search for ultraviolet signatures from objects such as meteoroids, transient luminous events, photons and neutrinos and even exotic objects such as strange quark matter. The project will also serve as a prototype for future space missions.

As the balloon travels around the Earth, it may be visible from the ground, particularly at sunrise and sunset, to those who live in the southern hemisphere’s mid-latitudes, such as Argentina and South Africa. Anyone may track the progress of the flight, which includes a map showing the balloon’s real-time location, at http://www.csbf.nasa.gov/newzealand/wanaka.htm.

Physics
Research
Space
About Mines
Colorado School of Mines is a public research university focused on science and engineering, where students and faculty together address the great challenges society faces today - particularly those related to the Earth, energy and the environment.