Kyle Leach, assistant professor of physics at Colorado School of Mines, has been awarded the U.S. Department of Energy’s prestigious Early Career Research Award to employ superconducting quantum sensors in the search for sterile neutrinos.

Unlike the active neutrinos in the Standard Model of particle physics, sterile neutrinos do not interact with normal matter as they move through space.  These particles are thus very difficult to detect, but perhaps offer the brightest possibility in the quest for understanding the microscopic nature of the observed dark matter in our Universe.

Under the DOE program, Leach will receive $150,000 a year for five years to cover summer salary and expenses related to his research program. He is among 76 scientists at universities and national laboratories across the U.S. to win the award this year. Leach’s project, “The BeEST: A Search for keV-Scale Sterile Neutrinos using Superconducting Quantum Sensors,” was selected for funding by the DOE Office of Nuclear Physics.

"I am very grateful to the DOE for this prestigious award, which will allow us to continue our exciting and novel research program with the BeEST, or ‘Beryllium Electron-capture with Superconducting Tunnel junctions,’” Leach said. “The initial concept for such an experiment was investigated by my students and I initially in 2017 but required new cutting-edge detection methods to realize the full potential of the method.”

Leach is the spokesperson for the BeEST experiment, which brings together 25 scientists from five university, national lab, and industry partners across three countries. The interdisciplinary team is using complete momentum reconstruction of nuclear electron-capture decay in beryllium-7 to perform a search for sterile neutrinos in a specific mass range that is 10,000 times more sensitive than previous experiments.

“We have made excellent progress with our first two measurements in this program over the past two years thanks to a very fruitful collaboration with Dr. Stephan Friedrich and the Rare-Event Detection Group at Lawrence Livermore National Laboratory and support of the TRIUMF Experimental Facility in Canada,” Leach said. “Using Superconducting Tunnel Junction detectors for the BeEST is only the start of what we hope will open a new field of research in low-energy nuclear physics.”

The DOE Early Career Research Program, now in its eleventh year, is designed to bolster the nation’s scientific workforce by providing support to exceptional researchers during crucial early career years, when many scientists do their most formative work. Awardees are selected from a large pool of university- and national laboratory-based applicants based on peer review by outside scientific experts.

"The Department of Energy is proud to support funding that will sustain America's scientific workforce and create opportunities for our researchers to remain competitive on the world stage," said Under Secretary for Science Paul Dabbar. "By bolstering our commitment to the scientific community, we invest into our nation's next generation of innovators." 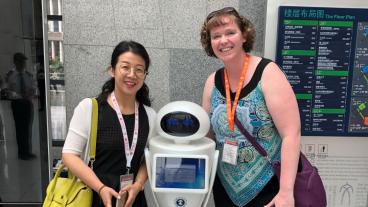