Mechanical Engineering's Greg Jackson is collaborating with OxEon Energy on a $1.8 million NASA project that could bring interplanetary fuel stations one step closer to reality. 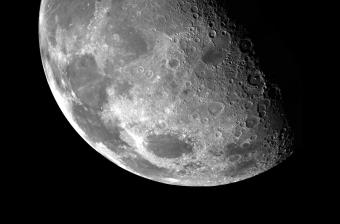 In the permanently shadowed regions of the Moon where water ice has been discovered, the temperature can be as low as -230 degrees Celsius.

The analogy the space resources field likes to use goes a little like this: If you were going on a cross-country road trip, you wouldn’t bring all the gasoline your car needed with you. You’d fill up at gas stations along the way.

In the future, the same will go for space travel – except instead of gasoline, you could fill up on rocket fuel derived from the frozen water known to exist on the Moon.

“The idea of getting rocket fuel from the Moon is a game changer for NASA,” said Gregory Jackson, professor of mechanical engineering. “If you have to launch everything from Earth, that geometrically grows the amount of fuel you need – you need fuel just to get the fuel out of Earth’s gravity well.

“If you could refuel and launch from the Moon or from a space station between the Earth and Moon, you would greatly reduce the energy requirements to get to Mars or beyond, and therefore save costs and possibly reduce mission time.”

Jackson is leading a team of Colorado School of Mines researchers, including Chris Dreyer and George Sowers of the Center for Space Resources, that is contributing to a $1.8 million NASA project that could bring those interplanetary fuel stations one step closer to reality.

In partnership with OxEon Energy, the team is developing a solid-oxide electrolysis system capable of processing the frozen water near the Moon’s poles into liquid hydrogen and oxygen – the most effective rocket propellant known to man. And just as important, the system will have to work while withstanding the harsh environments of the permanently shadowed craters of the moon where the ice is found.

“OxEon has developed a robust electrochemical cell that can split water at elevated pressures. Their cell works at about 700 to 800 degrees Celsius and we’re trying to enable it work in environments that are well below zero,” Jackson said. “We need to build a system that can take the ice, melt it, split the water and internally recover all the heat to minimize the energy that is needed from outside. We can’t afford to waste any energy when on the Moon.”

“Well below zero” may be a slight understatement. In the permanently shadowed regions of the Moon where water ice has been discovered, the temperature can be as low as -230 degrees Celsius.

The Mines team is focused on the design work needed to ensure efficient operation of the system in these super-low temperature conditions, Jackson said. To assess this, the team will test a subscale demonstration system on the Mines campus, in the low-temperature vacuum chamber in the Center for Space Resources.

Based in Salt Lake City, OxEon Energy is no stranger to the demands of deep space applications, having also played a vital role in the development of a system for producing oxygen from carbon dioxide on Mars. MOXIE, the Mars Oxygen ISRU (In Situ Resource Utilization) Experiment, will be one of seven instruments aboard NASA’s 2020 Mars mission.

“OxEon Energy is looking forward to working with the staff at Colorado School of Mines,” said Lyman Frost, CEO of OxEon Energy. “OxEon is aware of the excellent reputation of Mines and its researchers. The challenges of deploying a system that can work under the extreme physical constraints of a rocket launch/landing and the lunar environment can only be met by closely integrating the technical capabilities of both entities.”

The high-temperature electrolysis being developed by OxEon for this project also has applications for producing fuel on Earth, enabling the use of renewable energy to produce transportation fuels as drop-in replacements for fossil fuels. 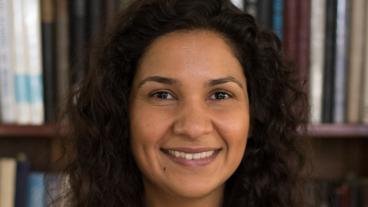 New on The Conveyor Podcast: Leading the Second Quantum Revolution 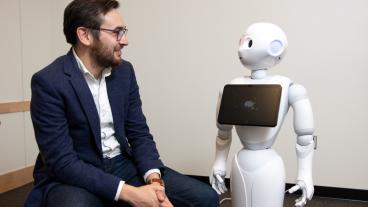