Students, faculty and staff paid tribute to the numerous accomplishments of Physics Professor P. Craig Taylor at Colorado School of Mines, in a retirement celebration held at the Geology Museum Friday, Sept. 23. 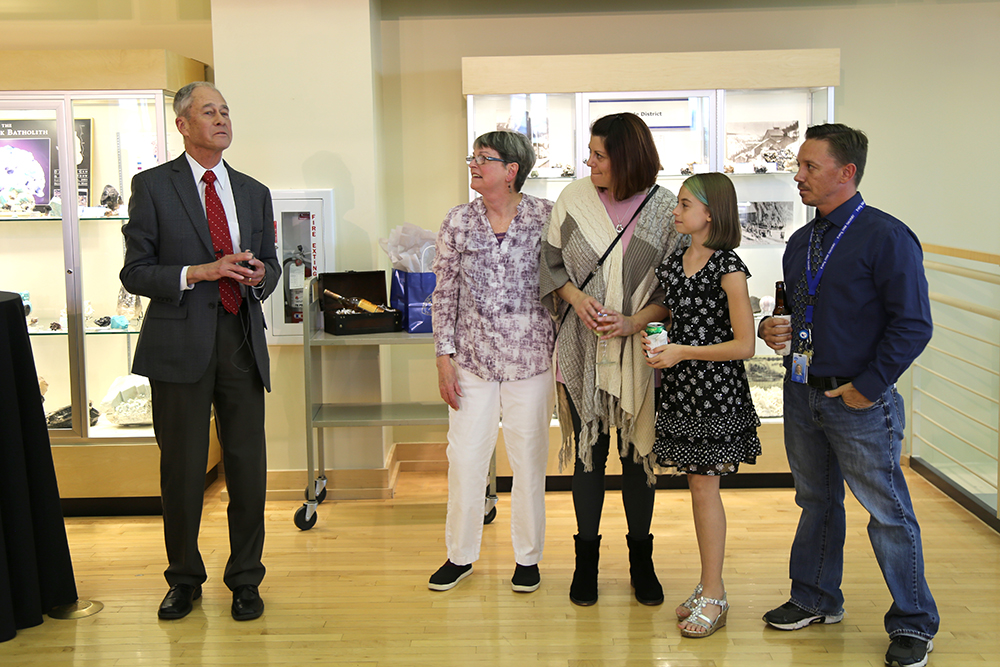 Taylor joined Mines in 2005 after 23 years as a professor at the University of Utah, where he led the Physics Department and was director of the John A. Dixon Laser Institute. He served as associate director of the Colorado Energy Research Institute and is a fellow of the American Physical Society.

Taylor earned an AB in physics from Carleton College in Minnesota and a PhD from Brown University, and worked at the Naval Research Laboratory from 1971 to 1982.

At Mines, he is best known for establishing and leading the Renewable Energy Materials Research Science and Engineering Center, funded by the National Science Foundation. REMRSEC has brought together faculty across disciplines as well as scientists from the National Renewable Energy Laboratory in pursuing innovative research as well as educating the next generation of renewable energy scientists.

“We wrote three proposals to the MRS program—I think every three years since I was a faculty member here—and it took bringing Craig here to actually have enough scientific credibility to actually be successful,” said Physics Professor Reuben Collins.

Collins and other colleagues pointed out that Taylor’s roles as a manager and mentor might overshadow the fact that he is a superlative scientist. “If you ask people outside about amorphous materials and amorphous semiconductors, they will tell you that Craig is one of the fathers of the field,” Collins said. “That is an amazing honor to bestow on someone—to say they are the father of a field of research. It’s truly exceptional.”

Taylor has published over 400 scientific papers, some of which have been cited over 100 times and continue to be cited dozens of years later, Collins pointed out. “These are papers that have lasting impact,” he said. Collins also praised Taylor’s understanding and thoughtful approach, and his calming influence on those who might be a little more excitable, such as himself. “I’ve really appreciated his advice.”

“He’s a very spectacular scientist and he has impacted just about everybody in the Colorado region, I would say, in terms of quality of science,” said David Ginley, research fellow at NREL. Taylor’s reputation, as well as the visibility of REMRSEC, Ginley said, has helped bring new scientists to the area. “I’ve seen this long tradition of him being involved and a great instigator of science, and I hope that does continue.”

Anthony Dean, vice president for research and technology transfer at Mines, noted Taylor’s  behind-the-scenes work for the next REMRSEC proposal. “It really illustrates his commitment to get this whole area moving forward,” he said.  “I think if we look at Craig’s career, it just serves as an exemplar for all of us, to try to really follow his footsteps.”

“What I really want to emphasize and thank Craig for is that, speaking as an alum, we are a better place than we were when I was a student here,” said Physics Professor and Department Head Jeff Squier. “It is because of people like Craig, who aren’t just a part of it—they really are institutional-minded.”

Squier also credited Taylor for his mentorship, advising Squier as he has led the department. “I see this as a transition,” Squier said. “I really look forward to working with Craig in a whole different aspect moving forward—we’ve definitely got him around for the next several years and we’ve got a lot of exciting projects that Craig is going to help us with.”

Taylor, who introduced his wife, Muriel; children Heather and Gracen; and granddaughter Sophia, was genuinely touched by the turnout. “I never expected this, to be honest with you,” he said. “It’s just been wonderful.”

“As you form the process of making the culture here at Mines more understanding and all of that, don’t lose sight of this—the camaraderie,” Taylor said. “It is just fantastic. I can’t tell you how much it means to me."

VIEW MORE PHOTOS FROM THE EVENT 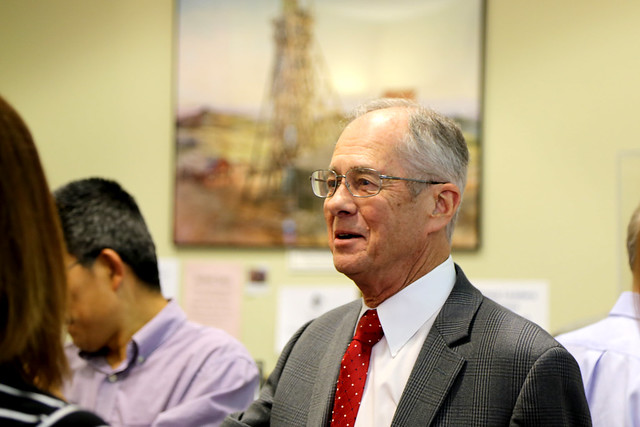 Faculty
Physics
About Mines
Colorado School of Mines is a public research university focused on science and engineering, where students and faculty together address the great challenges society faces today - particularly those related to the Earth, energy and the environment.

From lithium for batteries to neodymium for wind turbines, mined materials remain essential to modern life 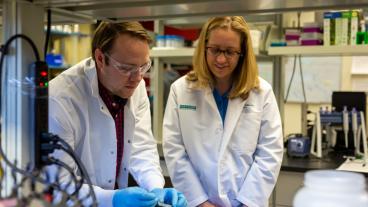