A Colorado School of Mines professor has received a $1.5 million National Science Foundation grant to develop an online gateway that will allow researchers around the world to run quick quantum-computing simulations with the click of a button and without having to invest millions of dollars before building their experimental platform.

Lincoln Carr, professor of physics and head of the Carr Theoretical Physics Research Group, is the principal investigator on the three-year Office of Advanced Cyberinfrastructure grant, which aims to tackle a major barrier to the goal of universal quantum computing.

While in principle fulfilling theoretical physicist Richard Feynman's original 1982 vision of quantum computing, today’s “analog” quantum computers, or quantum simulators, require their own dedicated experimental platforms, at the cost of several millions of dollars to build and months of work in order to perform a specific quantum calculation.

Researchers led by Carr will develop a widely accessible and easy-to-use software to shortcut those design considerations. To start, it will be an open-source software package, which any experimentalist can download and use to design and benchmark their quantum simulator architecture of choice.

Ultimately, the goal is to provide an even simpler graphical version via web interface, working in collaborating with the Science Gateways Community Institute to build an online science gateway that allow experimentalists to run quick and secure simulations and tests on dedicated high-performance computing resources at Colorado School of Mines.

“By creating a science gateway, you’ll go through a browser and press a button – just like on an iPad – you press a button on the little quantum problem you want to try, to model your quantum appliance, and then our supercomputer does the calculations and spits out the answer right into your browser,” Carr said. “It will enable not only much broader open-source science but it also enables citizen science. People without a technical background can try some quantum calculations with a press of a button.”

Carr’s grant builds on the work of a growing group of Mines professors in the area of quantum computing. Three new physics professors have been recently hired, each with expertise in a different computing platform: Assistant Professor Meenakshi Singh specializes in structured nanowires, Josephson junctions and semiconducting quantum computing; Assistant Professor Zhexuan Gong is an expert in ion trap quantum computing and will work with John Bollinger’s group at NIST; and Dr. Eliot Kapit, who will join Mines as an assistant professor in July, works on superconducting devices and has experimental collaborations with John Martinis at Google, David Schuster at University of Chicago and David Pappas at NIST, researching quantum many-body physics and error correction. A fourth professor will be hired this year.

“With the second quantum revolution, the goals are pretty immediate – a universal quantum computer that can out-compute classical computers,” Carr said. “What Mines is doing is very intelligently investing in that area on multiple fronts by doing a cluster hire. We’re investing in the next quantum leap.”

On a more fundamental level, Carr also recently had a paper published in the journal Physical Review Letters, the sixth quantum physics paper published by Mines faculty in 2017 in the top physics journal. The paper, “Quantifying Complexity in Quantum Phase Transitions via Mutual Information Complex Networks,” published in December, addresses the foundational issue of complexity and its origins.

“What we discovered is a way to apply the same tool we use on the brain to understand human thought to quantum states. I saw complex networks in quantum states,” Carr said. “Up until now people have thought of quantum complexity as maybe a qualitative thing, maybe a buzz word, people debate about it. We put a number to it, several numbers, and we clarified what complexity is in quantum states. No one has done that – Mines students are awesome.”

Faculty
Physics
Research
About Mines
Colorado School of Mines is a public research university focused on science and engineering, where students and faculty together address the great challenges society faces today - particularly those related to the Earth, energy and the environment. 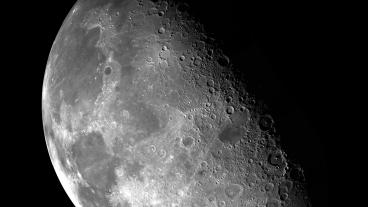