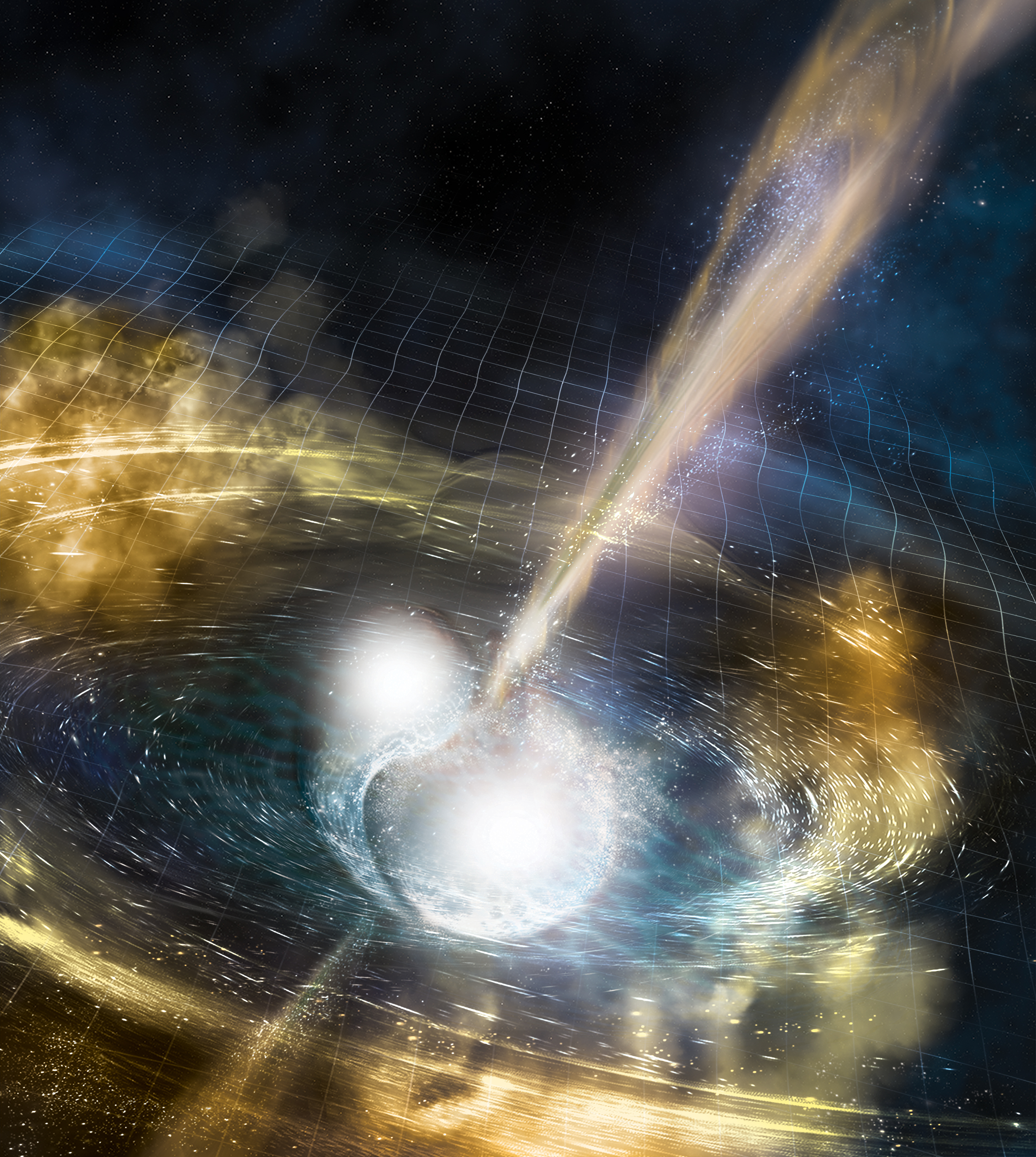 Astronomers and astrophysicists worldwide are celebrating a landmark discovery: For the first time, scientists have not only detected gravitational waves – ripples in space-time – from the collision of two neutron stars but also follow-up signals from the merger at multiple wavelengths on the electromagnetic spectrum, the first “multi-messenger” detection of its kind.

The discovery, announced Oct. 16 and published in the journal Physical Review Letters, was made using the U.S-based Laser Interferometer Gravitational-Wave Observatory (LIGO), the Europe-based Virgo detector and some 70 ground- and space-based observatories.

Additional papers from the LIGO and Virgo collaborations and the astronomical community have also been submitted or accepted for publication in various journals – including one that includes two Colorado School of Mines professors.

Fred Sarazin and Lawrence Wiencke, professors of physics at Mines and members of the Pierre Auger Collaboration, are among the lengthy list of co-authors of “Multi-messenger Observations of a Binary Neutron Star Merger,” published Oct. 16 in The Astrophysical Journal Letters.

“This is a watershed moment for astronomy and astrophysics,” Sarazin said.

The collision of the two neutron stars was first detected on Aug. 17 at 8:41 a.m. Eastern Daylight Time. Two identical LIGO antennas, one located in Hanford, Washington, and the other in Livingston, Louisiana, detected the gravitational signal. A third detector, Virgo near Pisa, Italy, helped to localize the event’s position in the sky.

Gravitational waves were detectable for about 100 seconds as the two neutron stars swirled together. Upon their collision, a flash of light – in the form of gamma rays – was emitted. In the days and weeks following, other forms of electromagnetic radiation were also detected.

From its location in Argentina, the Pierre Auger Observatory looked for high-energy neutrinos within 500 seconds of the gravitational wave event but did not observe any candidates, Wiencke said.

The trove of information that was gathered worldwide during the event is important to multiple scientific disciplines, including nuclear astrophysics, a research area also represented at Mines, he said.

Signatures of nucleosynthesis of heavy elements, such as gold and platinum, were also detected from observatories on the ground and in space.

"It will take years to extract all the science from such an event,” Sarazin said. “And the perspective that those detections could become routine is truly mind-boggling.”

Image caption: Artist’s illustration of two merging neutron stars. The rippling space-time grid represents gravitational waves that travel out from the collision, while the narrow beams show the bursts of gamma rays that are shot out just seconds after the gravitational waves. Swirling clouds of material ejected from the merging stars are also depicted. The clouds glow with visible and other wavelengths of light. [Credit: NSF/LIGO/Sonoma State University/A. Simonnet]

Faculty
Physics
Research
Space
About Mines
Colorado School of Mines is a public research university focused on science and engineering, where students and faculty together address the great challenges society faces today - particularly those related to the Earth, energy and the environment.