From lab to solar leader: The story of Mines, NREL and PrimeStar

October 2011 was an exciting month, not only for Mines, the National Renewable Energy Lab (NREL) and the state of Colorado, but for solar energy in general. Coming off the purchase of Colorado-based PrimeStar Solar, Inc., General Electric (GE) announced it would build a $300 million photovoltaic (PV) production plant in Aurora, Colo. — the largest of its kind in the U.S.

It was a mix of institutions, knowledge and bright people that brought GE into the solar industry with such an investment. The backstory begins in 1996 with a Mines graduate student named Joe Beach, who is now a Mines research professor.

“The reason I came to Mines was because I was looking for ways to get into renewable energy,” said Beach. “At that time Mines was one of the few places that actually talked about it.”

In the early 1990s, the Department of Physics at Mines formed a research program in Cadmium Telluride (CdTe) technology, which is now considered one of the most cost effective thin film PV technologies available. The research began with Dr. John Trefny, who later became head of the Department of Physics and then president of the university. That research was funded by the Thin Film Photovoltaic Partnership Program, which was managed by NREL. By the time Beach started work on the program, shortly after earning his PhD, leadership had been handed off to Associate Professor Tim Ohno. It was in working with Ohno that Beach met graduate student Fred Seymour.

“I had an interest in moving laboratory research into commercial work and it turns out Fred Seymour did too,” said Beach.

Seymour and Beach collaborated to form a small business called PV Technologies, receiving two SBIR grants from the National Science Foundation and beginning work in Mines laboratories. However, they lacked manufacturing experience, and for that they turned to Russell Black and his company called Ziyax, which had expertise in large-scale deposition of thin films of semiconductors and metals on glass. They named this new venture PrimeStar Solar and began hunting for investors. 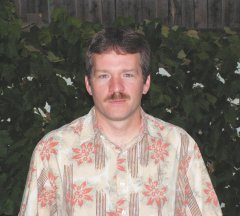 “The thing that people were just starting to realize at that time is that to have a successful PV company it takes between $500 million and $1 billion in investment,” said Beach.

GE was interested in investing in the solar market, having shopped for opportunities at other institutions in Colorado. Ultimately, however, GE approached PrimeStar and became the largest investor before purchasing the company in April 2011 and announcing its plans to ramp up production with the construction of the largest PV manufacturing plant in the U.S. PrimeStar Solar is now part of GE, and Fred Seymour is general manager of Solar Technology for GE Energy – Renewables.

“The big thing that the research here at Mines did for PrimeStar is it produced people with excellent technical skills,” said Beach, who added that the company licensed its patents from NREL, which has been active in CdTe research since the early 1980s. “You’ve got to have the right combination of engineering expertise, science expertise, entrepreneurial interest and willingness to just doggedly pursue a problem. It will make or break the transition from a laboratory technology to something that is viable commercially.”

In isolation this is a success story, yet much of the U.S. solar industry is struggling. First Solar reported its first losing quarter at the end of 2011, while Abound Solar halted production of its first-generation panel and cut roughly 180 jobs at its Loveland, Colo., facilities. California-based Solyndra filed for bankruptcy and shut its doors after receiving more than $500 million in federal government loans.

At the macro level, however, there are economic challenges at play.

“The overall PV industry problems are due to a 50 percent overcapacity right now,” said Beach. “There really isn’t a barrier to entry in the market.”

Debate continues on whether China presents unfair competition. Chinese manufacturers get extremely cheap loans and do not pay income taxes. This gives them a significant cost advantage without requiring any technology advantage, and has caused resentment and charges of dumping by some other PV manufacturers. Taking cues from the history of foreign car manufacturers in the U.S., Chinese PV companies began building assembly plants in their sales markets. This reduces shipping and working capitol costs and creates manufacturing jobs in the sales markets.

Further increasing the complexity of the issue, struggling American photovoltaic start-up companies, such as Ascent Solar (another Colorado company with ties to Mines), have been supported financially by investment from Chinese firms.

Much is to be determined in the photovoltaic energy game and, as it has in the past, Mines will play a leadership role moving forward.

"We are clearly at a challenging time in the PV world,” said John Poate, vice president for research and technology transfer at Mines. “The modern PV cell was invented at Bell Labs in 1954. CdTe is another pioneering U.S. technology. It is essential that we compete successfully in this industry, which we invented. To do this we will need a coherent national strategy to stay ahead of the game.”

Faculty
Research
Solar Energy
About Mines
Colorado School of Mines is a public research university focused on science and engineering, where students and faculty together address the great challenges society faces today - particularly those related to the Earth, energy and the environment.