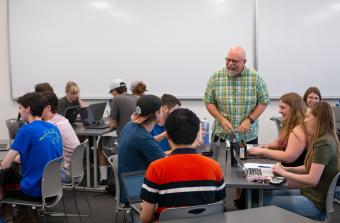 Teaching Professor Terry Bridgman — one of 21 Mines faculty members to be awarded promotions earlier this month — interacts with students during the Applied Mathematics and Statistics field session.

The Colorado School of Mines Board of Trustees awarded promotions and/or tenure to 21 Mines faculty members at its April meeting.

"Mines faculty are inspiring individuals who truly transform the frontiers of knowledge through their work in the classroom and laboratory, and I am very impressed by their commitment to both their students and their scholarship,” Mines Provost Richard C. Holz said. “I am honored to recognize this class of 21 teaching and tenure-track professors with these much-deserved promotions and tenure designations.” 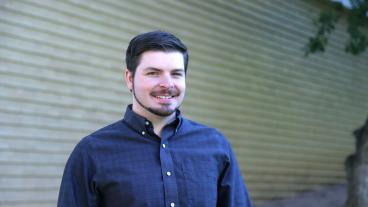