An assistant professor of physics at Colorado School of Mines has been published in the journal Nano Letters with a paper that improves our understanding of organic photovoltaic materials—resolving a decade-old conflict between theory and experiment by using a technique that is new to the field. 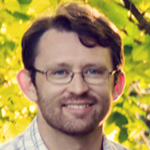 “In this paper, we used atom probe tomography to characterize a buried interface in a small-molecule organic semiconductor device—a class of materials where atom probe tomography has never been used before,” Zimmerman said. “Atom probe tomography is very interesting for understanding organic molecular materials because it can distinguish species with small differences in molecular mass to make a 3D image or ‘tomograph’ of the sample, allowing imaging in samples where existing techniques have difficulty differentiating between molecular species and have insufficient resolution.”

An atom probe normally works by pulling off individual atoms one at a time, which are then analyzed and reconstructed to create a three-dimensional image, said Gorman, who leads the Atom Probe Tomography Laboratory at Mines. The researchers theorized that the method could also be used on molecules, or assemblies of atoms, and, over a couple of weeks, “David [Diercks] and I worked with Andrew [Proudian] to prove that was possible,” Gorman said.

“Human tendency is to push the limits, to get better and better spatial resolution for smaller and smaller things,” Gorman said, explaining why atom probe tomography hadn’t been used on molecules before. While studying individual atoms is important for certain materials systems, “for polymers and organics and biological systems, it’s more about molecules.”

“This publication is really exciting for me because the idea to apply atom probe tomography to molecular organic materials originated with discussions during my interview at Mines and is a great example of people with very different expertise finding a really exciting project to collaborate on,” Zimmerman said.

The key observation, Zimmerman said, is that there is a chemical reaction taking place at the interface between the acenes and fullerenes—compounds with different molecular structures. This interface has been extremely well studied, experimentally and computationally, as it is a model system for testing our understanding of the underlying electronic processes that determine the performance of organic photovoltaics.

“Although the reaction we identified was suspected to be a problem by a few chemists, the difficulty of observing this sub-monolayer reaction meant that it has eluded detection and the possibility of the reaction was either discounted or simply unknown by the experimentalists and theorists that have published on this interface,” Zimmerman said. Once his team determined the existence of that reaction, they were able to employ a variety of measurements to verify the reaction and understand its effects.

“We expect that this work will motivate new efforts by theorists, focusing on the most important interface dynamics we identified,” Zimmerman said. He added that by controlling the extent of the reaction, “we were able to reduce losses in open-circuit voltage well below the limit typically observed for organic photovoltaic materials.”

“This is a classic example of how a new experimental technique can create new possibilities for understanding a material,” Zimmerman said, “and this opens up many new research directions for my group and the community.”

Materials science
Metallurgical and materials engineering
Physics
About Mines
Colorado School of Mines is a public research university focused on science and engineering, where students and faculty together address the great challenges society faces today - particularly those related to the Earth, energy and the environment.