When humans settle on Mars, houses could be 3D-printed

When the first humans settle on Mars, what if their homes were not built but printed?

That's the question being posed in the latest NASA Centennial Challenge, pitting teams from industry and academia to design and 3D-print habitats using materials that can be found on the Martian surface.

"The great thing about 3D printing is trying to make it as autonomous as possible," said Grant McHargue, a senior majoring in mechanical engineering and a member of last year's winning NASA RASC-AL team. "You could hypothetically send the system to the Moon or Mars a year or two before the astronauts get there and have rovers collecting materials and mixing everything. You could have fully livable, fully working habitats for astronauts when they get there."

McHargue is the leader of the Mines Capstone Design team in the hunt for a spot in the finals of the NASA 3D-Printed Habitat Challenge. Partnering with the students is ICON, an Austin, Texas-based startup that specializes in 3D printing full-size homes.

The Mines-ICON team placed fourth in the most recent round of the NASA competition, earning $23,000 in February. If chosen for the finals April 29-May 4, the Mines team will travel to Caterpillar's headquarters in Peoria, Illinois, where they will compete head-to-head against companies and universities to print one-third-scale models of their habitat designs.

"This kind of research is being done at various places – not just the NASA Challenge teams but NASA is working on it as well at the Marshall Space Flight Center in Alabama and Kennedy Space Center in Florida," said Christopher Dreyer, the Capstone project sponsor and research assistant professor in the Space Resources Program. "That our Mines team is vying for a place in the finals of this challenge just speaks to the caliber of our students – through competitions like this, they have a real opportunity to contribute to the emerging technical challenges related to deep space exploration and the use of resources in space."

Students have been working on the habitat since January 2018 through multiple virtual design and construction rounds. With help from a $100,000 donation from ICON, they built their gantry-style 3D printer in August outside the Excavation Engineering and Earth Mechanics Institute (EMI).

The printer – which stands at 23 feet by 25 feet by 15 feet – consists of a robotic system that moves the print head and a concrete prep and pumping system.

Their custom concrete mix is made from materials that exist naturally on Mars: a magnesium oxide-based cement and a basaltic cinder aggregate.

"Magnesium oxide cement can be used in lower temperatures than Portland cement, the more popular option on Earth," Dreyer said. "It's a mix that's used in quick repairs for various things like airport runways. It can set very quickly."

Finding the exact right consistency for that magnesium-oxide concrete has been one of the students' biggest challenges, McHargue said. Too thick and it gums up the printer. Too thin and it runs everywhere and won't stack. Refining the printer's water delivery system and delivery of the dry mix has helped improve their control.

The benefit of using materials available on Mars or the Moon all comes down to cost, McHargue said.

"It's extremely expensive to launch things into space – $4,000 per kilogram just to get to low Earth orbit. Our one-third-scale print alone would have 7,000 to 9,000 kilograms of material," McHargue said. "If you're able to gather all those materials on Mars or the Moon and use that instead, that would be much more cost-effective and much easier. Plus, if you don't have enough material, you can just go out and collect some more, instead of saying, oh, well, in seven to 10 years we'll launch another rocket to you, just hold on."

For the competition, habitat designs were required to include 1,000 square feet of living space to support four astronauts for one year, as well as plans for systems such as life support, mechanical and electrical, spacesuit and rover hatches and plumbing.

The Mines habitat is a two-level dome, with the astronauts' bedrooms located on the second floor to separate them from the work spaces below.

Those work spaces include a dry lab for electronics and computer work and a wet lab completely sealed from the rest of the habitat. The entry area features two different ports – one for entering and exiting a rover parked outside and the other to jump in and out of a spacesuit.

"One of the things that's unique about our design is we included a little garden area – it wasn't meant for growing food like in The Martian with potatoes, but it's a wellness area, an area for the astronauts to sit and have some greenery," McHargue said.

To supplement the generous support from ICON, the team hopes to raise $5,000 through a crowdfunding campaign on Gold Mine – Colorado School of Mines' official crowdfunding platform – that ends next week. Donations will cover travel costs to send the team and its printer to the final stage of the challenge. The crowdfunding campaign runs through April 7. To donate, go to https://www.givecampus.com/nu6khg.

Capstone Design
Engineering, Design and Society
Space
Space & Space Resources
Undergraduate
Student Activities
About Mines
Colorado School of Mines is a public research university focused on science and engineering, where students and faculty together address the great challenges society faces today - particularly those related to the Earth, energy and the environment. 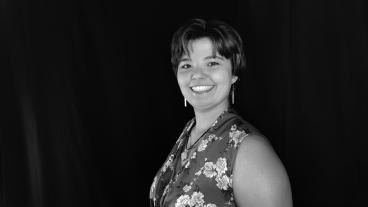 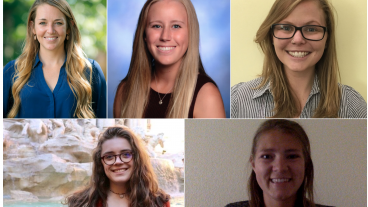 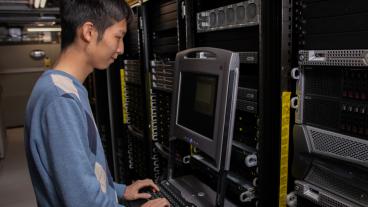