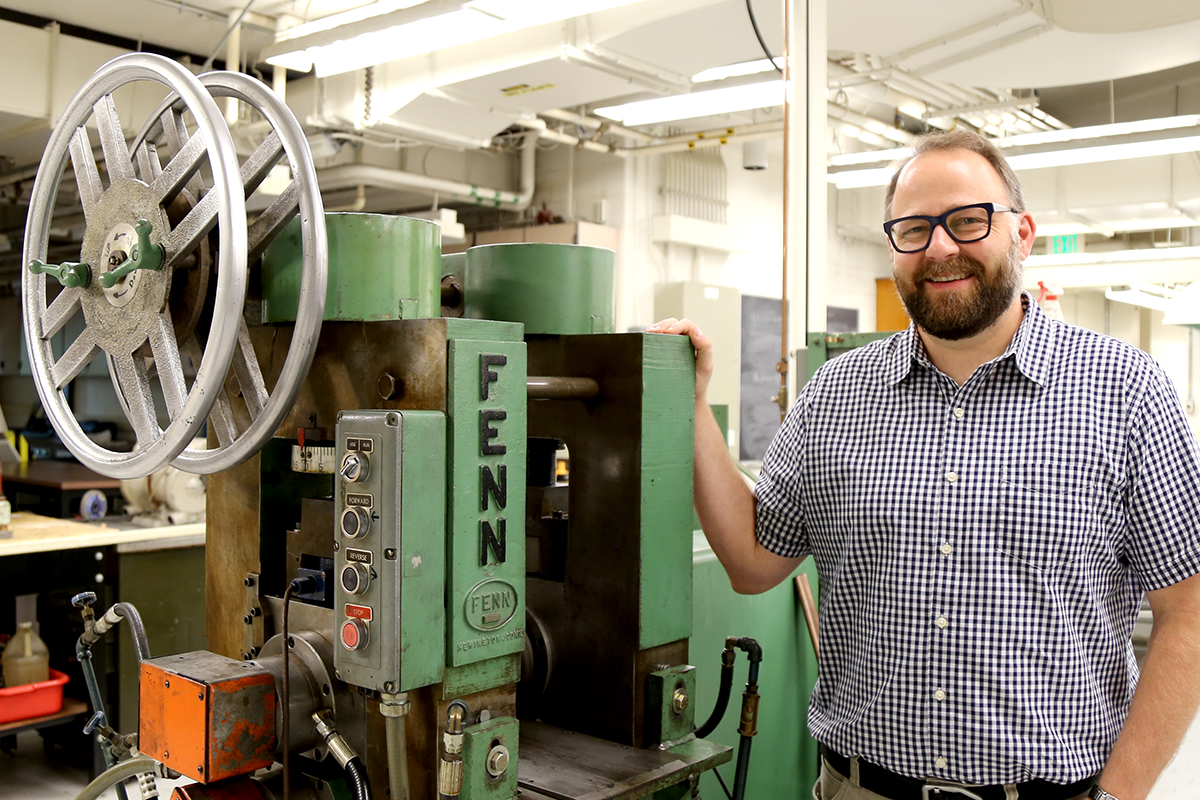 Clarke earned a BA in psychology from Indiana University, a BS in materials science and engineering from Wayne State University and an MS and PhD in metallurgical engineering from Mines. He takes over the FIERF Professorship from Professor Chester Van Tyne, who is retiring after holding the post for 25 years—since its inception in 1991. FIERF is a supporting organization of the Forging Industry Association.

“Professor Van Tyne’s contributions to the forging community have spanned 34 years,” said MME Department Head Angus Rockett. “More than that, Professor Van Tyne has been an extraordinary contributor to the Department of Metallurgical and Materials Engineering for his entire career and will be sorely missed,” he added.

Clarke conducted postdoctoral research at Los Alamos National Laboratory and was an R&D scientist/engineer there from 2011 until this summer, when he returned to Mines to join its faculty. Working with students was one of his motivations for coming back, along with the department’s focus on traditional materials. “The department here is really committed to doing metallurgy, and there’s not many places around that do that anymore,” he said.

Clarke’s research is focused on thermal and deformation processing of metals—operations such as hot rolling and forging. Using a thermomechanical simulator, he heats and deforms materials at different rates and in very controlled ways to understand how their microstructures and properties develop. “It allows you to optimize materials for specific applications or develop new types of materials,” Clarke said.

This work has largely been applied to structural alloys used in a variety of industries, including oil and gas, construction vehicles, automotive, aerospace and other transportation sectors. “There’s a lot of opportunities in these industries,” Clarke said.

Communicating those opportunities to students is one of the challenges of the post. Some students might think it’s all been done before when it comes to metallurgy, but there’s still a lot to learn, according to Clarke.

To keep spreading the message, Clarke will continue the forging and forming class started by Van Tyne. “Having students go through that class is really important to expose them to the industry and show them the cool things that you can do in that area,” Clarke said. “Often, when students see a 200-ton piece of metal at 1,000 degrees being deformed, they get pretty excited about it.”

The class has also taken students to facilities such as Western Forge in Colorado Springs and Finkl Steel in Chicago to show the relevance of what they’re learning. “We can show them that they’re doing really technologically advanced things, developing new alloys, lightweighting through forging, adding strength to components via the forging process itself,” Clarke said.

Clarke also sees a need to improve diversity and inclusion in the metals industry in general. “Being able to recruit a diverse pool of students and get them into positions of influence in the forging industry and metals industries in general is going to be really important, and could be really transformational and very beneficial, especially for U.S. businesses,” he said.

Bringing work back from overseas would also benefit U.S. businesses, said Clarke, and technological advances are key. “One of the things I’ve noticed, at Los Alamos and even walking around Golden, once in a while you’ll walk across a manhole cover and it’ll say ‘Made in India,’” he said. These cast metal components are fairly heavy, with little value added in the manufacturing process, so most of the energy and expense associated with this product is transportation.

“If we’re looking at energy, if we’re really concerned about the environment, moving 50 pounds of cast steel around the world is counterintuitive,” Clarke said. Add to that the fact that much of the scrap that goes into these components probably comes from the United States. So figuring out how to have manufacturing close to the need in a way that’s efficient is important. “We talk about farm-to-table with food; it’s the same principle, only on an energy-cost basis,” Clarke said.

While materials departments around the country are following federal funding paths to focus on areas such nanomaterials and additive manufacturing, Clarke said Mines has the advantage of plenty of industrial support for research centers such as the Advanced Steel Processing and Products Research Center, the Center for Advanced Non-Ferrous Structural Alloys and the Center for Welding, Joining and Coatings Research.

These collaborations have helped smooth out funding cycles in specific areas, allowing the department “to make sure that we prepare people who can be successful in the industries that we serve,” Clarke said. “I think we have a pretty good track record of being able to do that.”

Van Tyne oversaw the academic programs in forging at the 17 participating FIERF Magnet School Program universities. “His tremendous impact will last for decades to come,” said Professor Ivar Reimanis, who recently served as interim MME department head. “Professor Clarke will be an excellent ambassador and educator for the forging industry.”

“We’re delighted to have attracted Professor Clarke to Mines and the MME Department,” said Michael Kaufman, dean of the College of Applied Science and Engineering and former head of the Metallurgical and Materials Engineering Department. “We are confident that he will continue to serve the forging industry for the next 25 years as the FIERF professor.” 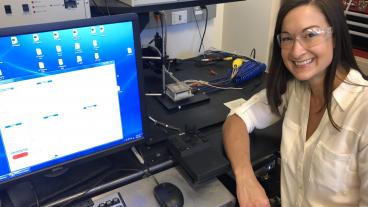