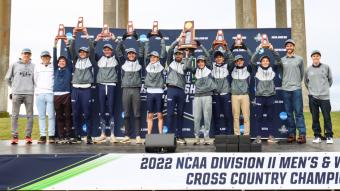 The Oredigger men dominated their race, posting the largest margin of victory in meet history with a 143-point edge over national runner-up Wingate. Powell's performance anchored a Mines team score of 43 points as he became the first runner in program history to win individual gold. The Oredigger women scored 164 points and matched their best finish in program history at No. 3 with a third consecutive podium appearance. They were led by 12th-place finisher Molly Maksin.

For the first time in program history, all seven of Mines' men earned USTFCCCA All-American status by virtue of top-40 finishes. It was Powell, Duncan Fuehne, Loic Scomparin, Luke Julian, Chris Cathcart, Paul Knight, and Steven Goldy donning the medals at the awards ceremony. On the women's side, Maksin, Zoe Baker and Grace Strongman gave the Orediggers three USTFCCCA All-Americans, which matched the program's record for most all-Americans in a season.

Read more about the men's and women's races at minesathletics.com. 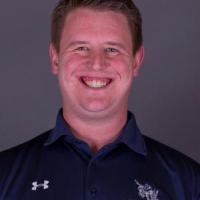 Assistant Director for Athletics Communications
303-273-3735
sboender@mines.edu
About Mines
Colorado School of Mines is a public research university focused on science and engineering, where students and faculty together address the great challenges society faces today - particularly those related to the Earth, energy and the environment.