The first-place win qualifies the team, Statera, for the Society-wide competition. 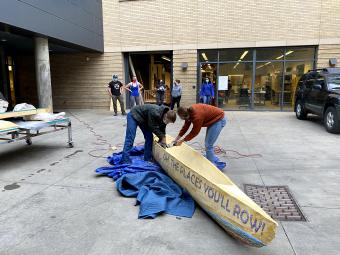 Despite weighing nearly four times more than the average canoe, the Mines Concrete Canoe team has no plans to join Davy Jones’ locker after their performance in April. The team – Statera - took first place at the American Society of Civil Engineers (ASCE) regional competition, qualifying them for the Society-wide competition.

The name Statera is significant for the senior design team.

“Following a medieval theme, we looked up Latin words that encompassed our goals for this year's competition," Celeste Carmignani, concrete canoe project manager, said. "Statera, the Latin word for balance, stuck out to us"

“Blood, sweat and tears brought us together. Passion, dedication, grit and determination drove this team through eight months of hard work to win Regionals," said Carmignani.

Next up, Statera is competing in the Society-Wide competition, hosted by the University of Wisconsin-Platteville as a virtual conference, June 25-27. 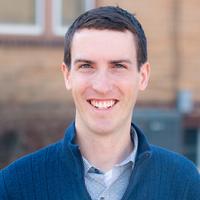