Mines to host conference on exotic forms of silicon

A conference at Colorado School of Mines will bring together scientists studying exotic forms of silicon, a field that organizers say would benefit from increased exposure and greater interaction between researchers.

The International Conference on Exotic Forms of Silicon, organized by Physics Professor P. Craig Taylor and the Renewable Energy Materials Research Science and Engineering Center, which he leads, runs from July 15 to 17.

Silicon, one of the most common elements in the universe, is usually found in a diamond cubic crystal structure. Its exotic forms include atoms arranged in closed and open lattices, honeycombs, single layers, nanostructures, and porous forms, all of which have the potential to enable the next generation of electronic materials and devices.

One open-lattice form of silicon – clathrate silicon – for example, could be the basis of more efficient solar cells, as it is better at absorbing light than diamond Si. It could also create a faster transistor. However, it is created around a sodium atom, which turns it into a metal instead of a semiconductor.

One obstacle to solving problems like this, Taylor says, is that researchers tend to focus on one form of silicon. The conference is an effort at cross-pollination, an opportunity to see the experiments others are doing, and discover recurring defects and other physical characteristics.

“Let’s get all these folks together, let’s look at the common problems, and make progress,” Taylor says.

Raising the profile of this field of study would also help. While silicene – which is a single layer of silicon atoms with a hexagonal honeycomb structure – and quantum dots are hot topics, comparatively few people are looking into clathrates.

Despite that, the various forms are well represented in the conference’s roster of speakers. “I’ve been in the field a long time,” Taylor says, “so between people I know, and through the literature, I came up with a list of really world-class scientists.”

In a couple of cases, Taylor didn’t have to go very far – or even off campus – to find them. Mines Professor of Physics Reuben T. Collins will present on silicon quantum dots, while Professor of Chemical and Biological Engineering Carolyn Koh will compare silicon clathrates with clathrates that occur in ice.

Also on the agenda are a poster session by graduate students and postdoctoral scholars, and a workshop on academic publishing led by Collins and personnel from AIP Publishing.

Other speakers include academics from institutions around the country and as far away as Australia, Germany, and Saudi Arabia; and researchers from nonprofits, national laboratories, and industry.

AIP Publishing, which publishes journals for the American Institute of Physics and other partners, is sponsoring the event because it’s an emerging field, Taylor says. “They want to capture the best papers,” so they’re soliciting from the event’s speakers.

The National Science Foundation, another sponsor, also sees the value of the conference, which could lead to more research funding.

But while the conference is ambitious in scope, Taylor is keeping attendance relatively small, to keep interactions meaningful. “We plan on a lot of time for discussion, to get a lot of clever ideas,” he said.

Physics
About Mines
Colorado School of Mines is a public research university focused on science and engineering, where students and faculty together address the great challenges society faces today - particularly those related to the Earth, energy and the environment. 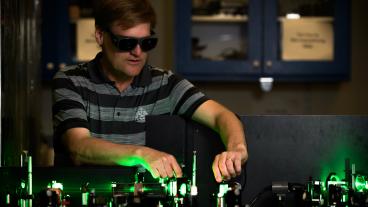 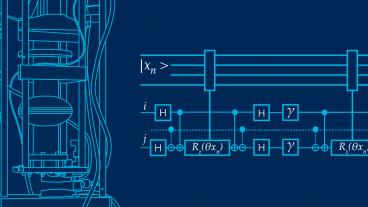