Mines Mechanical Engineering faculty are part of a project that has been awarded $1.6 million to improve the design of soft magnetic materials, which would increase the efficiency of electrical systems. Mechanical Engineering professors Aaron Stebner and Cristian Ciobanu are collaborating with faculty at Case Western Reserve University and the University of Minnesota on the project, titled “Accelerated Soft Magnetic Alloy Design and Synthesis Guided by Theory and Simulations.”

Soft magnetic materials, such as iron and nickel-iron alloys, are labeled soft due to their low loss and high permeability characteristics. They are essential to all aspects of daily life, especially in the generation, conversion and conditioning of electric power. Even small improvements in energy efficiency from the magnetic components can result in large energy, financial and CO2 emissions savings. Stebner and Ciobanu plan to advance the alloy design cycle through a multidisciplinary approach involving materials science, applied physics and electrical engineering. 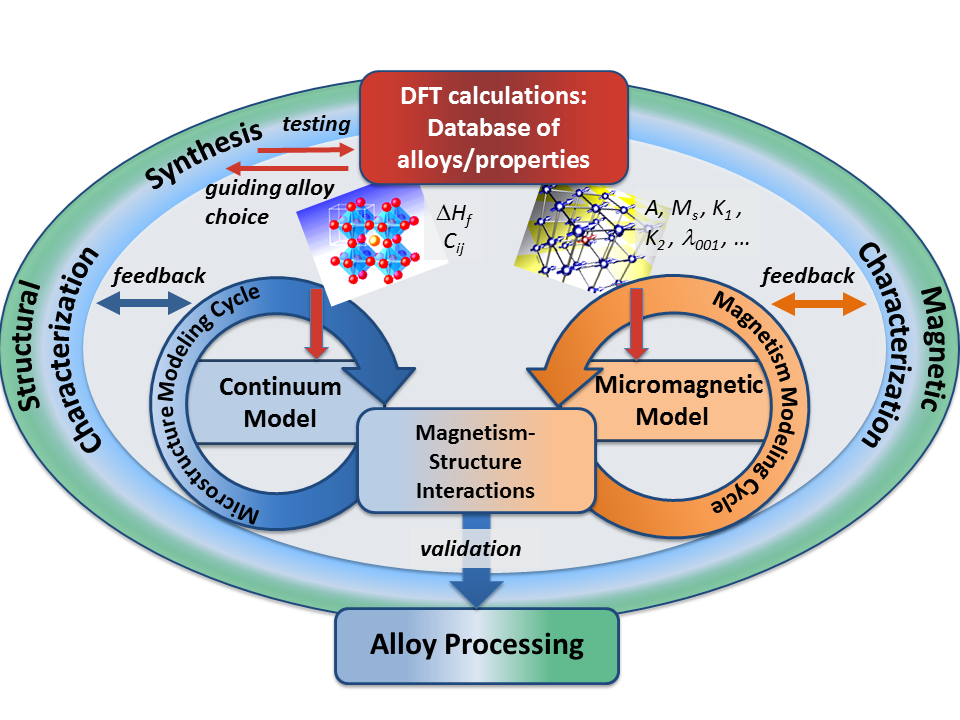 “The research in this grant is aimed at creating an ability to computationally explore new chemistries and microstructures for soft magnetic materials,” said Stebner. “By developing computations that can assist with evaluating new chemistries in the computer instead of in the lab, that process could be reduced to five years or less, and we could also discover well-performing magnetic materials that metallurgists have not thought of before.”

As technological advances lead to soft magnetics operating at higher frequencies and higher temperatures, the challenge becomes retaining their inherent strengths. Stebner explained, “If we think about our power grids, they operate at 60-120 Hz and near room temperature. Looking to applications like the new hybrid-electric airplane program announced by NASA, the goal is for the energy conversion systems to operate at the same efficiencies as our power grids, but at 50-100 kHz and temperatures up to 400 C.”

Ciobanu’s research will focus on the density functional theory, while Stebner’s team will investigate fine element modeling in micromagnetics. The $1.6 million grant award is funded by the National Science Foundation’s Designing Materials to Revolutionize and Engineer Our Future program. Figure 2, below, captures the experimental and computational collaboration between Mines faculty, Matthew Willard from Case Western’s Department of Materials Science and Engineering and Richard James from the University of Minnesota’s Department of Aerospace Engineering and Mechanics. 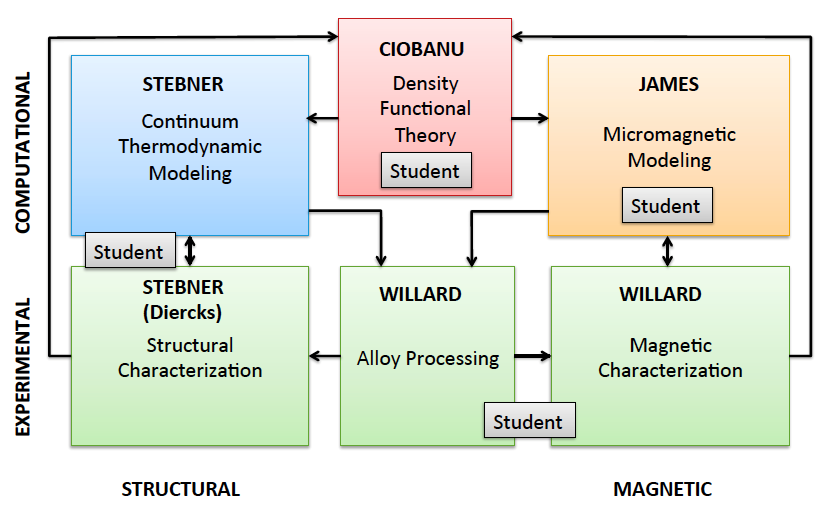 Electrical engineering
Energy
Mechanical engineering
Research
About Mines
Colorado School of Mines is a public research university focused on science and engineering, where students and faculty together address the great challenges society faces today - particularly those related to the Earth, energy and the environment.