George Saunders ’81 earned a degree in geophysics from Mines, but it turned out he was more interested in probing human culture and society with words than revealing the Earth’s subsurface with technology. Now a renowned author who has been lauded by peers such as Garrison Keillor and Thomas Pynchon, Saunders shares how Mines prepared him for the rigors of writing.

When he spotted the monkeys relieving themselves in the murky river in which he was swimming, George Saunders realized he’d made a big mistake. It was 1982 in the jungle of Sumatra, and the fresh-faced Mines geophysical engineering grad was a year and a half into his first (and what would be his only) job as a field geophysicist. He’d had a few too many and was taking a nighttime swim:

“I’m paddling along and see about 200 of them sitting along our oil pipeline,” he recalls in a warm South Chicago accent that hints at his roots. As monkey feces plop into the river ahead, warning bells sound. “I’m thinking, ‘I wonder if swimming here is okay?’ Turns out it was not.”

For the next seven months, Saunders would struggle with a mysterious Simian virus that left him feeling, as he puts it, “chronically hung-over and about 90 years old.” He opted to quit his job, return to the states and curl up with some Kerouac and his journal. By the time he felt better, he’d made a realization that had been percolating for years. He didn’t want to be an engineer at all. He wanted to be a writer.

“I always loved reading and I loved writing, but it never occurred to me that I could do it for a living,” he says. “I always felt like it was just a guilty pleasure that I indulged.”

Fast forward three decades and Saunders’ ill-fated swim, and the radical career change it led to, have served him well. At 53, the quick-witted, self-deprecating father of two boasts six critically acclaimed books; frequent bylines in The New Yorker, GQ and Harper’s Magazine; and a teaching gig at Syracuse University’s MFA program—one of the nation’s most prestigious creative writing programs.

Geophysics
Humanities, Arts, and Social Sciences
Alumni
About Mines
Colorado School of Mines is a public research university focused on science and engineering, where students and faculty together address the great challenges society faces today - particularly those related to the Earth, energy and the environment. 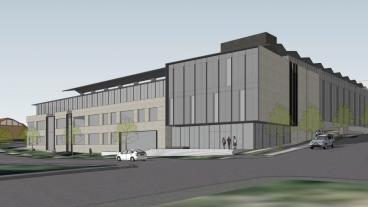 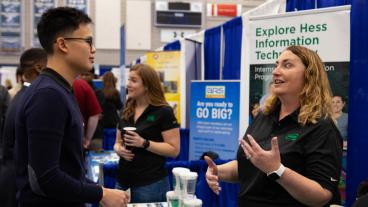 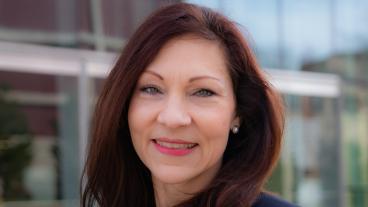