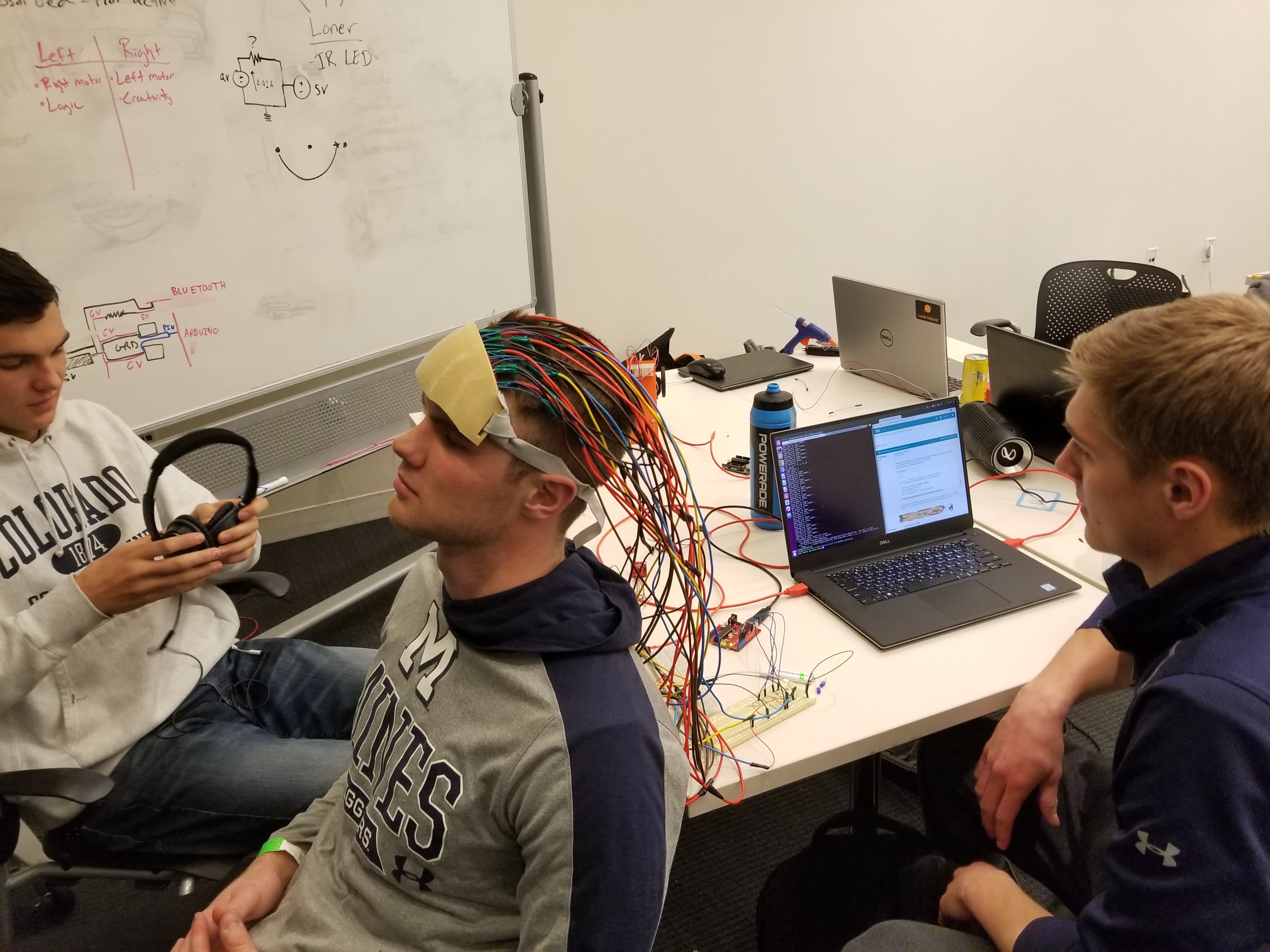 A team of Colorado School of Mines students earned honors at a hardware-based hackathon for their project to create a device that allows those paralyzed from the neck down to control a wheelchair by detecting brain activity.

The team, BrainAble, won the MakeHarvard Originals award, given to the best project built entirely during the 30-hour hackathon and designed solely with materials provided at the event, hosted by Harvard University.

The team’s plan was to use penetrating infrared light emitters and receivers to track brain activity—infrared light of a certain wavelength is absorbed by blood and can provide information on the location of blood concentrations in the brain. Changes in brain activity would be correlated to forward movement, while an accelerometer that detects head tilting would control turning.

The team used a 3D printer to create a headset to hold the emitters and detectors, built a model wheelchair and developed the code for translating data into movement.

The team hopes to get more reliable data from their infrared sensors and create a consistent method for testing its brain monitoring system. “If our data is coherent, we would like to implement this on a full-scale prototype as soon as possible so that this technology can help those who are paralyzed,” the team said on the webpage detailing their project. 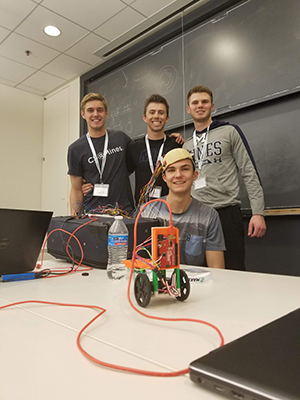 “We are extremely proud of how we overcame adversity this weekend,” the team said. “Even with a variety of setbacks, our team still managed to create a prototype and get farther than we thought was even possible. We were able to create a prototype with working infrared emitters and transceivers that was able to store a data stream on a local computer.”

“It was hard to go 30 hours without sleep,” Steen added, “but I wouldn’t trade the experience for the world.”

Computer science
Mechanical engineering
Student awards
Students
Student Activities
About Mines
Colorado School of Mines is a public research university focused on science and engineering, where students and faculty together address the great challenges society faces today - particularly those related to the Earth, energy and the environment.