Colorado School of Mines geophysical engineering student Bradley Wilson does more than study earthquakes and volcanic eruptions. As an avid photographer, he enjoys finding ways to apply scientific concepts to his images.

Last fall, Wilson received the Blackwell Award for Excellence in Creative Expression. He used four of his photos for a “choose your own adventure” project, where he was given the freedom to produce an artistic piece connected to water.

“The photos I've selected for the piece all represent an aspect of water, although many of them in non-traditional ways,” Wilson said. “For example, the flow of the dancer mirroring the flow of water and the carving of a canyon really represent the power of water more than anything else. “

Inspiration for Wilson’s project stemmed from the McBride Honors Program’s elective, “Water in the West,” where he examined water issues in the western U.S. from several angles.

“One of the things that stuck out to me during the class was how pervasive the water metaphor was in many peoples’ lives. As a universal symbol, the concept of water extended far beyond its physical definition.”

Water also carries a personal context, which inspired the second portion of Wilson’s piece—poems. A series of four haikus carry the reader through a father-son relationship, as the water metaphor links the photos together.

Wilson plans to pursue his Ph.D. in geosciences at the University of Arkansas, working on earthquake risk analysis in the Middle East, focused specifically on understanding hazard mitigation in differing cultural and religious contexts.

Recipients of the Blackwell Award for Excellence in Creative Expression are chosen semi-annually by faculty in the Liberal Arts and International Studies department.  Valued themes for this award include the human condition; humanity’s relationship with nature, technology, and/or science; the essence or spirit of a given culture; globalization.

Geophysics
Humanities, Arts, and Social Sciences
Students
Undergraduate
Water
About Mines
Colorado School of Mines is a public research university focused on science and engineering, where students and faculty together address the great challenges society faces today - particularly those related to the Earth, energy and the environment. 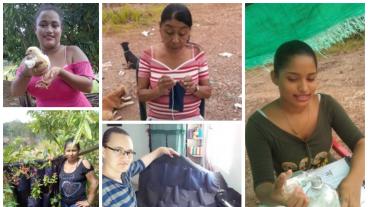