Two startups founded out of inaugural Hacking for Defense

Colorado School of Mines offered Hacking for Defense (H4D@Mines) for the first time this semester and two of the inaugural student teams have already founded companies to further the national security solutions they developed for the mission-driven entrepreneurship course.

Mines’ other two teams worked with the U.S. Air Force Inspection Agency and the Department of Justice on solutions to increase Air Force unit readiness and law enforcement digital fluency, respectively. Due to the complex nature of these problems, Mines students opted to continue iterating their solutions after the course ended with support from their sponsor agencies.

“Traditional entrepreneurship education typically emphasizes idea generation and winning competitions where most ideas fizzle out,” said Sid Saleh, lead instructor for the course and associate director of the Center for Entrepreneurship and Innovation at Mines. “Leveraging our students’ unmatched work ethic and determined creativity, our H4D@Mines course is squarely focused on teaching fast and efficient learning under conditions of extreme uncertainty.”

H4D@Mines is an elective course in the Engineering and Technology Management master’s program of the Division of Economics & Business. Since 2016, when Hacking for Defense was first offered at Stanford University, a total of 11 student startup companies have been formed out of the course nationwide. 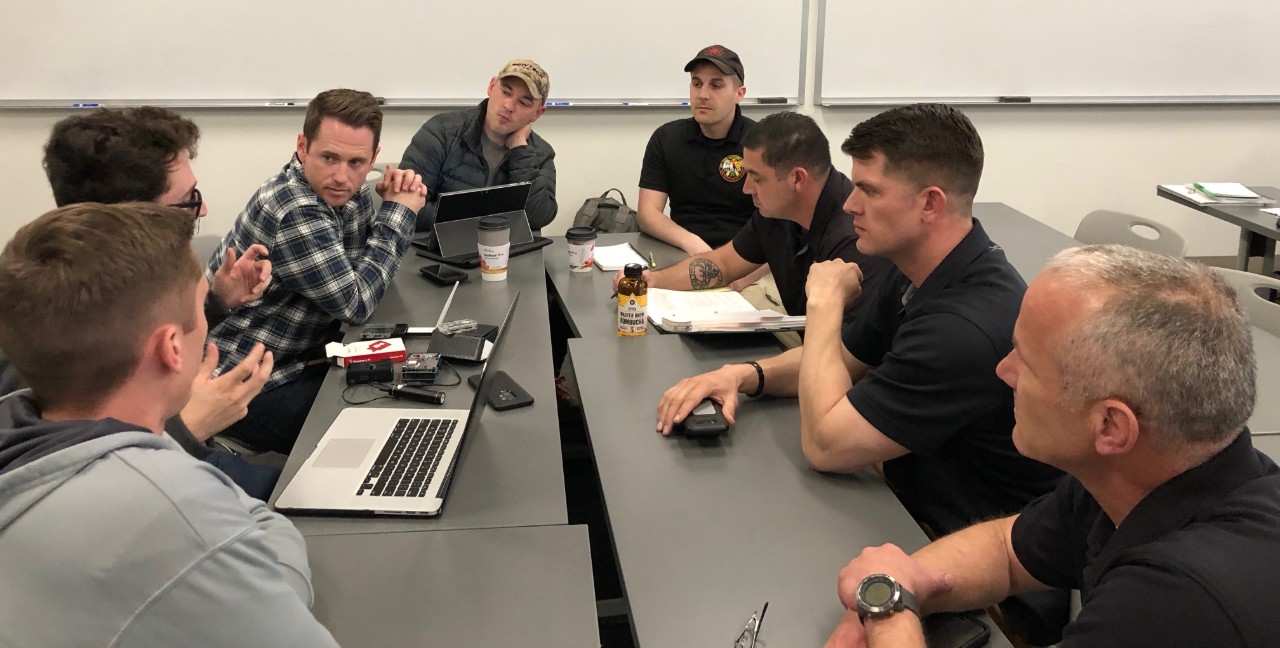 National Guard units in every state are charged with responding to hazardous materials incidents – hazards that can be chemical, biological or radioactive in nature or really anything that local police and fire aren’t capable of assessing and handling themselves.

But when the Guard team arrives on scene to assess a situation, they make their initial detections not with high-tech wireless equipment but mostly handheld sensors.

“The two-man reconnaissance teams suit up in protective equipment with very limited operational time and wheel this cart in with a bunch of handheld and large pieces of equipment,” said Mike Knight, a second-year PhD student in materials science. “This whole process takes too long, is cumbersome and places the team directly in harm’s way.”

With the goal of reducing time to initial hazard detection while also increasing safety for responding Guard members, HazNet has developed a robust yet lightweight platform of wireless sensors that can be rapidly deployed via autonomous drone or ground robot.

The multi-gas detector can sense common hazardous gases and radiation while a 360-degree camera takes images – all of which will be sent back wirelessly to Guard members in a safe staging area.

“These are things that a lot of their heavy, single-purpose handheld devices do, but our device is small enough and robust enough that it can be delivered on an unmanned vehicle,” Knight said. “It can be sent in as soon as they get on scene, reducing the time it takes for initial hazard identification and without risking team members’ safety.”

Knight and his team worked hand in hand with members of the California National Guard, the problem sponsor, and the Colorado National Guard, which played a key role in testing the HazNet platform.

“Our concept aims to reduce casualties and get information to commanders as soon as possible so they can make decisions on whether they need to evacuate a public area or otherwise maintain public and team safety,” Knight said.

A Marine Corps veteran, Knight was joined on the HazNet team by materials science PhD student and Air Force veteran Caleb Stetson and Tyler Doll, an undergraduate computer science student who is graduating this week.

“I was attracted to H4D@Mines because it was an opportunity to apply my learning and experience toward real problems with real solutions,” Stetson said.

They have filed paperwork with the Colorado Secretary of State’s office to register HazNet as a limited liability corporation on May 15.

“H4D@Mines has been a really cool experience,” Knight said. “If we have more people in the class, we can tackle more problems.” 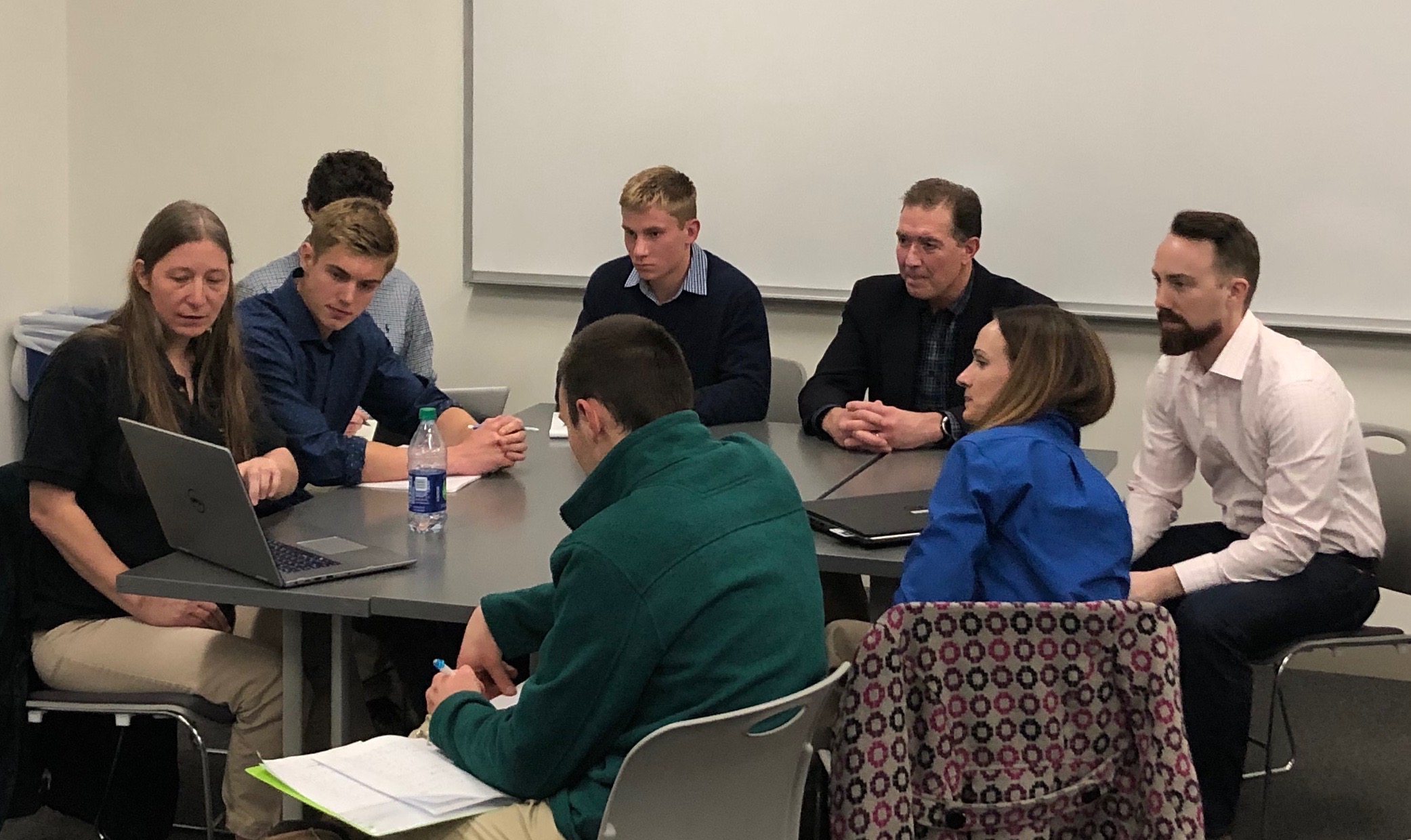 When U.S. Fish and Wildlife Service agents are investigating a suspected illegal animal sale, the digital records they seize rarely spell out the crimes directly.

“One of the examples we got from the agents we worked with was turtles, which are a big thing in the southeastern U.S.,” said Ethan Bond, a sophomore majoring in computer science. “The emails are all about 'rocks' or 'buddies' or 'cupcakes.' ”

Add that to the fact that search warrants can easily turn up more than 1 million emails – for a single case – and the team had its challenge: develop a tool to help agents quickly and easily comb through digital records to build evidence and strengthen cases against criminals.

“Our tool is called Canopy – our motto is finding the needle in the data haystacks,” Bond said.

Part of the problem is the file type that agents typically receive the emails in – stripped of all formatting, the raw emails are almost indecipherable. In one case, it took technical agents 44 days to filter through some 1.1 million emails, narrowing it down to 200,000 potentially relevant messages. It took another several weeks for the investigating agents to recreate the conspiracy from those 200,000 messages.

A search warrant evaluator, Canopy is designed to seamlessly translate the raw email data into highly readable, quick-loading files. Additional features under development include the ability to flag emails as important, save sessions and add more than one search warrant, said Josh Rands, a junior majoring in computer science.

“We’re using natural language processing, machine learning, artificial intelligence, all that cool stuff to help recreate that conspiracy and save them time,” Rands said. “We’ve developed proprietary algorithms that look for things like words that are out of context or that show up an odd amount.”

The Canopy team formed an LLC late last month and plan to work on Canopy over the summer with a test group of agents to further refine the tool.

“We have field agents with our tool in their hands and they’re testing it and giving us feedback in real time,” Rands said. “We’ll keep iterating through until it’s as fast, as simple and as useful as it can possibly be.”

Rounding out the multidisciplinary team are Luke Epp, a sophomore majoring in applied mathematics and statistics, and Matt Wojnoski, a junior in mechanical engineering. All are frequent hackathon participants who enrolled in H4D@Mines for the opportunity, in Bond’s words, to “take the training wheels off and do it for real,” with beneficiaries and stakeholders.

“Hackathons are great, but this class really allows you to solve real problems and create an impact in the world,” Wojnoski said.