Mischo will attend the Medical College of Wisconsin, located in Milwaukee, and Worcester is headed to Creighton University in Omaha.

The health professions scholarship provides qualified students pursuing a graduate-level health care degree with full tuition plus a monthly stipend of more than $2,000. Qualifying students are also eligible for a $20,000 sign-on bonus. Graduates are required to serve the U.S. Army for one year for each year they received the scholarship.

Mischo chose Medical College of Wisconsin due to its small size and focused mission (much like Mines), as well as its proximity to his hometown.

“I have enjoyed the past four years in Colorado very much, but I was eager to get back to the Midwest to live near family and friends, and that was a major factor in my choice of schools,” said Mischo. “My fiancé and I are getting married in our hometown at the end of June before moving to Milwaukee. She is currently in the process of applying to dental schools and will hopefully be studying at Marquette next fall.”

Mischo hopes to begin his residency with the Army, possibly in emergency medicine, after graduation in May of 2018.

Worcester chose Creighton due to the medical program’s unique focus on patient interactions at an early stage in the curriculum.

“If it’s possible, I would like to be a neonatal neurologist,” Worcester said. “Then I could combine my passion for working with kids and biomedicine.”

Growing up, Worcester expressed an interest in following in her mother’s footsteps in veterinary medicine. But a trip to Africa changed her mind.

“Before I went to Uganda with my mom I was interested in large animals and medicine, but in Uganda there is a need for human medicine,” Worcester said. “That’s when I became interested in working with people.”

Besides ROTC, Worcester is involved in the Silver Wings service society and volunteers at St. Francis Medical Center. Currently, Worcester is working with Dr. Stephen Boyes and graduate student, Chixia Tian, on gold nanoparticles with gadolinium metal organic frameworks. These structures show promise for use as multimodal contrast agents for CT and MRI imaging techniques.

Mischo is ranked fourth out of 5,478 graduating Army ROTC cadets and is the winner of the ROTC Legion of Valor Bronze Cross Award, which is given annually for scholastic excellence in both military and academic subjects. He was the year’s sole winner from the ROTC 5th Brigade, which comprises the 36 Army ROTC programs in the states of Arkansas, Arizona, Colorado, New Mexico, Oklahoma, Texas and Wyoming. One award is authorized for every 4,000 cadets enrolled within an Army ROTC brigade.

Other commissioning cadets from Mines and their post-graduate assignments include:

More about ROTC at Mines

In 1919, with the War Department authorization, Mines became one of the first four colleges in the United States to establish a reserve officers training corps. The first Mines ROTC graduating class commissioned in 1921. Mines’ Army ROTC program, Company B of the Army Buffalo Battalion and Air Force ROTC program Detachment 105, are part of two 13-school units hosted by the University of Colorado-Boulder.

Students
About Mines
Colorado School of Mines is a public research university focused on science and engineering, where students and faculty together address the great challenges society faces today - particularly those related to the Earth, energy and the environment. 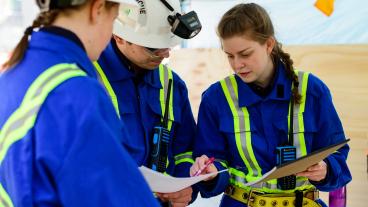 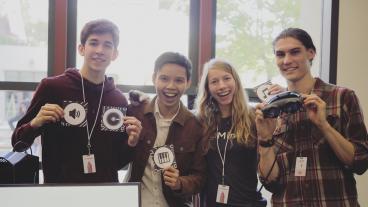