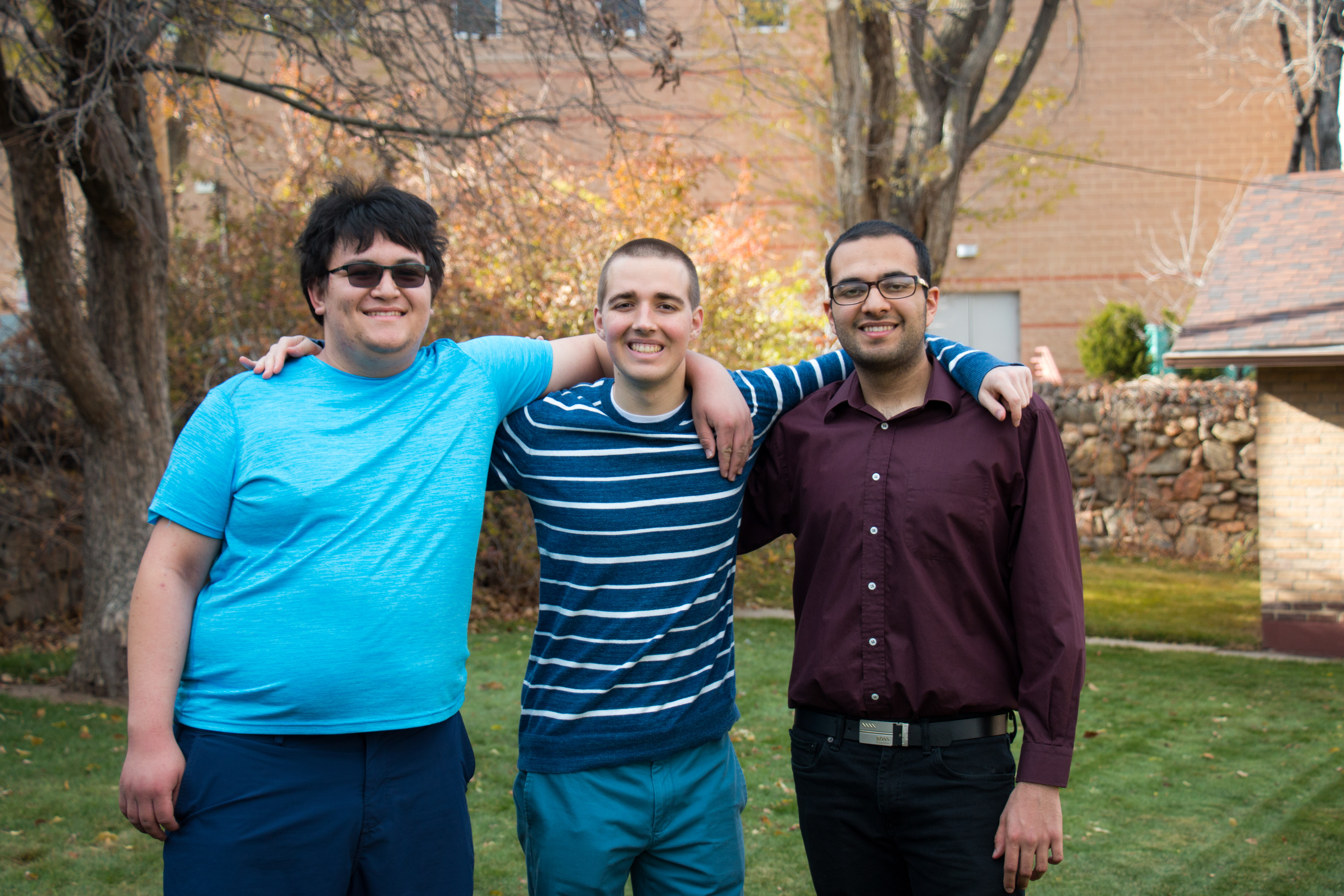 A team from Colorado School of Mines is headed to the world finals of the ACM International Collegiate Programming Competition for the first time in school history.

The SAMurai MASters – Sam Reinehr, Allee Zarrini and Matt Baldin – won the Rocky Mountain Regional on Nov. 11, besting more than 50 teams from Colorado, Utah, Montana, Arizona, Alberta and Saskatchewan to claim the region’s lone spot in the most prestigious collegiate programming competition in the world.

The Mines juniors will face off against teams from Asia, Europe, Africa, North and South America and Australia when they travel to Beijing, China, in April.

“All CS@Mines faculty are pumped about the first-place finish of SAMurai MASters in our region,” said Tracy Camp, professor and head of the Computer Science Department. “These types of events are such a great educational opportunity for our students, so we were thrilled to see 11 teams – 33 CS@Mines students – participate this year, a record. To have a team win the Rocky Mountain region is huge.”

Reinehr, Zarrini and Baldin credited their victory to months of preparation – the three friends have been meeting up for four hours every Saturday since the summer and added some individual programming practice this fall.

“We competed last year, but we didn’t prepare at all. We just did it for fun,” Baldin said. “We went in with no expectations but we thought we could win if we actually tried. It didn’t seem out of reach. So, we promised ourselves that we would practice a lot.”

In the competition, teams earn points for each algorithmic problem they solve and for how quickly they come up with a correct answer. At regionals, the SAMurai MASters solved 9 of 11 problems – but they did it considerably faster than the only other team that managed to solve that many.

Unlike many of the schools sending teams, though, Mines does not have a competitive programming club or class, from which the top performers can be curated into teams for regionals. The SAMurai MASters hopes that changes in the future.

“Overall what we hope to get out of this is for Mines, after seeing us place so well, to start developing a program for students to compete and do well in this competition in the future even after we graduate,” Zarrini said.

“We put Mines on the map,” Baldin added. “We want them to stay there.”

At worlds, the SAMurai don’t expect a repeat performance of regionals – Russian teams have won six years running – but they’d be happy with placing in the top 60 and earning honorable mention. To help prepare, they’re doing an independent study next semester with Teaching Associate Professor Jeff Paone.

“We're all juniors – we've got next year, too,” Reinehr said.

Tech companies also recruit out of the competition, and the teammates have found that all that programming practice has been good prep for interviews.

“Almost every technical interview question I’ve gotten has not been nearly as difficult as the questions we’re doing here,” Zarrini said.

“I wouldn’t say being good at competitive programming necessarily makes you the best software engineer, but it speaks volumes to someone’s problem-solving ability,” Baldin said. “We want to prove we are good problem solvers."

Computer science
Student awards
Student Activities
About Mines
Colorado School of Mines is a public research university focused on science and engineering, where students and faculty together address the great challenges society faces today - particularly those related to the Earth, energy and the environment.