John Trefny, the 15th president of Colorado School of Mines and professor emeritus of physics, has been named a 2021 Sigma Xi Fellow.

Sigma Xi - The Scientific Research Honor Society recognized Trefny for his “distinguished accomplishments and contributions to teaching and research in areas of STEM education and over a half-century of service to Sigma Xi.”

Trefny led Mines from the summer of 2000 until his retirement in June 2006. Prior to his presidential appointment, he served as Vice President for Academic Affairs and Dean of Faculty and, earlier, as Professor of Physics and Head of the Department of Physics at Mines.

Trefny holds a bachelor’s degree from Fordham University and a PhD in physics from Rutgers University. Before joining Mines in 1977 as an assistant professor of physics, he held positions at Cornell University and Wesleyan University. He has published in various fields of condensed-matter physics, including amorphous materials, liquid and solid helium, high- and low-temperature superconductivity and photovoltaics.

"I have been a member of Sigma Xi for more than 50 years, nominated by my adviser as I completed my doctoral thesis in 1968,” Trefny said. “Since then, I have served the Society in various capacities including as chapter president, Northwest Region co-director, and member of the Committee on Nominations. Recently, although retired, I was instrumental in reactivating the Colorado School of Mines Chapter #146, which had lost its good standing several years ago. It is a great, and humbling, honor to now be named a Sigma Xi Fellow."

Founded in 1886, Sigma is the international honor society of science and engineering. One of the oldest and largest scientific organizations in the world, Sigma Xi chapters can be found at colleges and universities, government laboratories and industry research centers around the world. The Greek letters "sigma" and "xi" form the acronym of the society's motto, "Spoudon Xynones," or "Companions in Zealous Research." 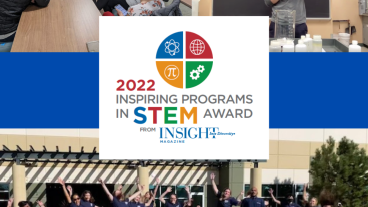