Colorado School of Mines researchers have been awarded a National Science Foundation grant to develop a new way of assembling nanoparticles into materials with exotic optical properties that could allow, for example, “superlenses,” high-resolution sensors for biomolecules and cloaking devices that render objects invisible. 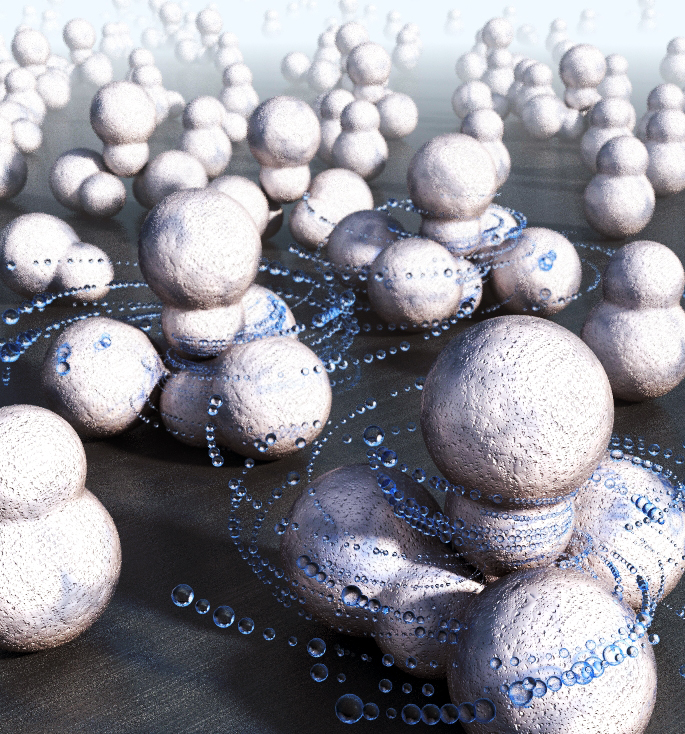 Principal investigator Ning Wu, associate professor of chemical and biological engineering, and co-PI David Wu, professor and head of the Chemistry Department, are collaborating on the project, titled “Electric-field Directed Assembly of 3D Chiral Metamaterials,” which has been award $270,000 by the NSF’s Division of Electrical, Communications and Cyber Systems.

An object or system is chiral if it can be distinguished from its mirror image—our left and right hands, for example, while otherwise identical, cannot be superimposed perfectly on each other. This phenomenon exists all the way down to the molecular level, where groups of the same atoms can be arranged differently and exhibit strikingly different physical and biochemical properties.

Scientists are already able to make chiral structures from top-down techniques such as E-beam lithography. However, such techniques are time-consuming and expensive. “It is extremely difficult to make fine structures with complexity,” Ning Wu said.

“We took a different route, which is so-called bottom-up assembly,” Ning Wu said. “It mimics how natural materials form.” The project will use Janus particles—nanoparticles with conductive and nonconductive hemispherical faces—which will arrange themselves into chiral clusters when placed in an electrical field that the researchers can control in three dimensions. The team plans to make electrodes that will allow them to achieve a high degree of control that has not been accomplished previously.

The resulting clusters will still be fairly small and would have to be observed using both optical and electron microscopes, “but this new way has the potential to make metamaterials in a scalable and cost-effective way,” Ning Wu said.

This technique could eventually be applied to particles made of different materials, such as dielectric or semi-conducting materials. “Part of the surface would be modified with a thin film of metal such as silver, and the coating itself could have chirality, too,” Ning Wu said.

Once the researchers have fabricated the chiral structures, they will measure their optical properties. David Wu will help perform numerical simulations to understand the impact of various parameters on the assembly process. The team will then optimize the fabrication process based on those measurements and modeling, Ning Wu said. “It’s going to be a feedback loop linking the material design, structure fabrication and property characterization.”

As part of the grant, the researchers will provide high school and undergraduate students with immersive research experiences on the topic. They will develop learning modules in collaboration with K-12 teachers, as well as multidisciplinary courses in soft materials and nanotechnology.

“The motivation is that there are a lot of potential applications once the structures and optical properties can be tailored in different ways,” Wu said. “Using electric fields to direct the assembly of those particles precisely is the exciting part.”

Chemical & Biological Engineering
Chemistry
Materials science
Research
About Mines
Colorado School of Mines is a public research university focused on science and engineering, where students and faculty together address the great challenges society faces today - particularly those related to the Earth, energy and the environment.