Mines alumnus is new manager of Edgar Experimental Mine

The new manager of the Edgar Experimental Mine knows the unique educational and research facility perched above Idaho Springs well.

A Mines alumnus, Lee Fronapfel ‘96 spent a lot of time up at Edgar, both as part of his coursework en route to a bachelor’s degree in mining engineering and as a student employee of the mine.

“That experience helped in my own career. It gave me an idea of what’s out there and what might be needed,” Fronapfel said. “What a great lab—you can’t beat it.”

His career in the mining industry has spanned the globe, including 19 years with mining giant Freeport-McMoRan, the last five of which he managed Colorado’s Henderson Mine, one of the largest primary producers of molybdenum in the world. He also spent time in Indonesia and Tennessee.

Fronapfel takes over as Edgar mine manager from Matt Schreiner, who managed the university-owned facility for the past five years.

“Mines could not have found a better person to take the Edgar on,” said Priscilla Nelson, professor and head of the Mining Engineering Department. “Lee is a graduate of Mines and knows Edgar well. His experience in managing major mines—including the Henderson Mine—clearly supports the excellence of his preparation for the challenge of managing Edgar into the future.”

Named after the Edgar mineral vein that runs along the hillside above the mine, the Edgar Mine was a working operation in its early days, producing high-grade silver, gold, lead and copper in the 1870s. Colorado School of Mines acquired the property in 1921, leasing it from then-bankrupt Big Five Mining Company before purchasing the mine outright. Today, as an underground laboratory for future engineers, it provides a valuable hands-on experience for Mines students, operating as both a classroom and research facility.

Fronapfel said as mine manager, he hopes to only increase Edgar’s value to Mines students, researchers and industry partners.

“There’s a lot more that can be done—it’s not just for mining,” he said. “There are opportunities for petroleum engineering, robotics, geology. There are many fields out there that could utilize the mine and give students, researchers, grad students that hands-on experience.”

Mining
Alumni
About Mines
Colorado School of Mines is a public research university focused on science and engineering, where students and faculty together address the great challenges society faces today - particularly those related to the Earth, energy and the environment. 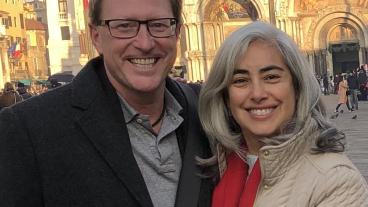