Mason Coleman: "I feel that it's very important to network because as long as you are constantly making connections, you don’t know who you could meet."

B: What’s your name?

B: What is your major here or what are you majoring in?

M: I am doing a dual major in chemical engineering with the biological track and biochemistry.

B: What’s your graduation day?

B: Then what made you pick Mines as the college to go to?

M: Um, it was a variety of factors, initially I was set to go to Duke University but the package financially wasn’t enough for me to warrant going to that university. But then I received a call from Mines, I play football, and that was pretty much it. Also, it is one of the best colleges for chemical engineering in the country which interested me enough.

B: What’s your dream job or where do you want to go after you graduate?

M: I don’t know what my dream job is but I kinda have an idea of what I want to do with my degree. So I’m big into genetics, I think it's cool, and I’m a big biology guy, I like biology and chemistry very much so, cause after [I graduate] I want to go into premed. That’s my intention, but even if I don’t, I’m graduating from Mines so I'll be set. If that doesn’t work I’d preferably like to do renewable energy, even though chemical engineering is more involved in oil or natural gas.

B: How different is the Colorado culture from where you’re from [Houston]?

B: As the final question, if you could go back and tell your freshman self one thing, what would you say?

M: [I would say] To understand the importance of networking. I started at Mines when I was 17 and obviously, I had my teammates but I didn’t understand the benefit of networking outside of football and that’s very, very important, that’s what I’m doing now. I feel that it's very important to network because as long as you are constantly making connections, you don’t know who you could meet. 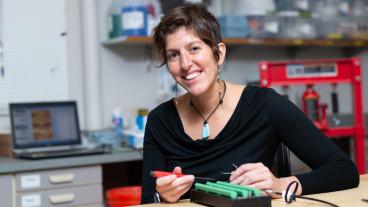 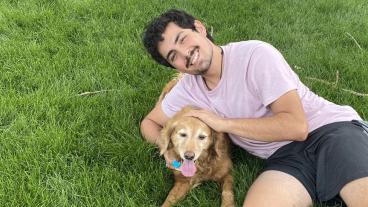 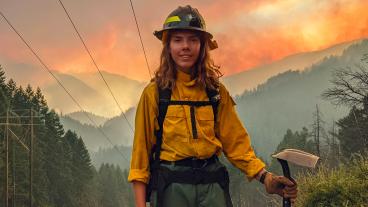 Alaina Clar: "I plan to start my own company and pay it forward by making sports more accessible to people with hearing loss by manufacturing protective equipment for hearing devices."