As the world’s population continues to grow and expand into previously untamed territories, the number of interactions between people and wildlife will only increase — often to the detriment of one or both parties.

But what if human endeavors could thrive at the same time as wildlife and their habitats? That was the question tackled by Mines students in the Spring 2020 Cornerstone Design Competition, which held its final pitch competition virtually in light of COVID-19.

Winning the semester-long design challenge – and the $1,000 grand prize – was a solution to optimize mosquito collection in order to improve identification accuracy and reduce the threat of mosquito-borne diseases.

Required for all Mines undergraduates, Design I is a semester-long course whose centerpiece is an open-ended design problem that students must solve as part of a team effort. The final competition pits the top project idea from each class section against each other. 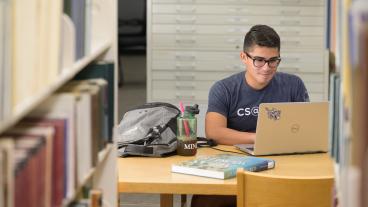